BANDAR SERI BEGAWAN -The Association of Southeast Asian Nations (ASEAN) said on Thursday it has agreed with China to upgrade their relationship to a comprehensive strategic partnership, a day after reaching a similar deal with Australia.

Australia’s clinching of the enhanced partnership was a symbolic win for Canberra in beating China to the first such deal with the fast-growing Southeast Asia region, which has become a strategic battleground between Beijing and Washington.

Hailing the agreement at a news conference, Brunei Sultan Hassanal Bolkiah, chair of ASEAN, was also asked about Myanmar’s future attendance after its junta chief Min Aung Hlaing, who led a coup in February, was excluded from Asian summits https://reut.rs/31bV3NZ this week.

“Myanmar is an integral part of the ASEAN family and their membership has not been questioned,” he said. “ASEAN will always be there for Myanmar and we have continued to offer help through the implementation of the five-point consensus.”

Min Aung Hlaing was sidelined over his failure to follow that pact, which he agreed with ASEAN in April, committing to end hostilities, start dialogue and facilitate humanitarian aid and mediation efforts by a special ASEAN envoy.


His sidelining was an unprecedented snub https://reut.rs/2Zeppik by a bloc criticised for decades for failing to stop atrocities and hiding behind a longstanding code of non-meddling. Myanmar was asked to send a non-political representative to the virtual summits instead, but the junta refused.

“For this meeting, we have given Myanmar space while firmly upholding the principles enshrined in the ASEAN charter including that of non-interference,” the sultan said.

Speaking at a separate news conference, Malaysian Foreign Minister Saifuddin Abdullah said it was unclear if Myanmar would join future ASEAN meetings and stressed the no-show this week was Myanmar’s call.

Asked if it would continue to be part of ASEAN events, Saifuddin Abdullah said: “That’s the one million dollar question which I cannot answer.”

Cambodia, next year’s ASEAN chair, will keep pressure on Myanmar https://reut.rs/3jFYAdN to stick to its agreement, its Foreign Minister Prak Sokhonn told Reuters on Thursday, warning the country was on the brink of civil war.

(Reporting by Ain Bandial in Bandar Seri Begawan and in A. Ananthalakshmi and Rozanna Latiff in Kuala Lumpur; Writing by Martin Petty; Editing by James Pearson and Andrew Cawthorne) 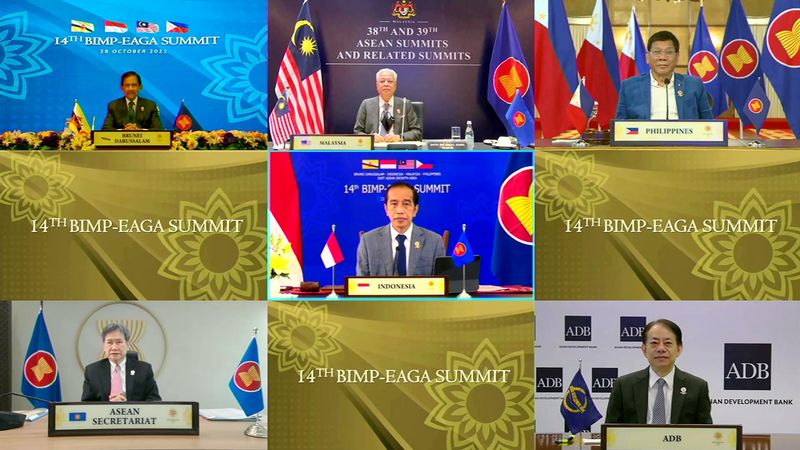