BEIRUT -A new series of lawsuits filed by Lebanese ex-government officials on Thursday threatened once again to stall an investigation into the devastating Beirut port blast that has faced fierce opposition from the political establishment.

The investigation into the Aug. 4, 2020, blast that killed more than 215 people, injured thousands and destroyed large swathes of the city has made little headway amid a smear campaign against probe investigator Judge Tarek Bitar and pushback from powerful factions.

Potential foreign aid donors have called for a transparent investigation into the blast, which was triggered by a huge quantity of unsafely stored ammonium nitrate.

Diab, who has been charged in connection with the explosion, had already missed at least two interrogation sessions.

Should Bitar be notified of the suit ahead of Friday’s scheduled session, that would be suspended as well.

And former public works minister Ghazi Zeaiter, also a sitting MP, filed a motion at an appeals court to have Bitar removed, a political source with knowledge of the matter told Reuters.

Bitar will have to cease work on the entire probe once he is informed of that lawsuit, as has been the case with similar cases filed by other former officials.

Bitar has sought to question top politicians, including former ministers and members of parliament, since July but nearly all have spurned him with some raising legal complaints questioning his impartiality.

Many Lebanese are angry that more than one year on from the blast no senior official has been held accountable for the country’s worst peace-time disaster as it slips into political and economic meltdown.

The row over the probe has paralysed the cabinet with Prime Minister Najib Mikati suspending sessions until a solution to the standoff is found.

The dispute spilt over on Oct. 12 when ministers allied to the powerful Iran-backed Hezbollah group and its ally, the Amal movement, called for Bitar’s removal in a heated discussion during the last cabinet session.

Bitar on Thursday was officially notified of Diab’s legal suit arguing that he did not have the authority to interrogate the former prime minister which automatically forced him to suspend the session, the legal source said.

“The suspension of questioning relates only to Diab in this case,” the source told Reuters.

Bitar has in the past issued arrest warrants for ministers who failed to show up for interrogation, and Diab’s lawsuit was likely an attempt to prevent the same happening to him after his interrogation scheduled for Thursday, legal experts said. 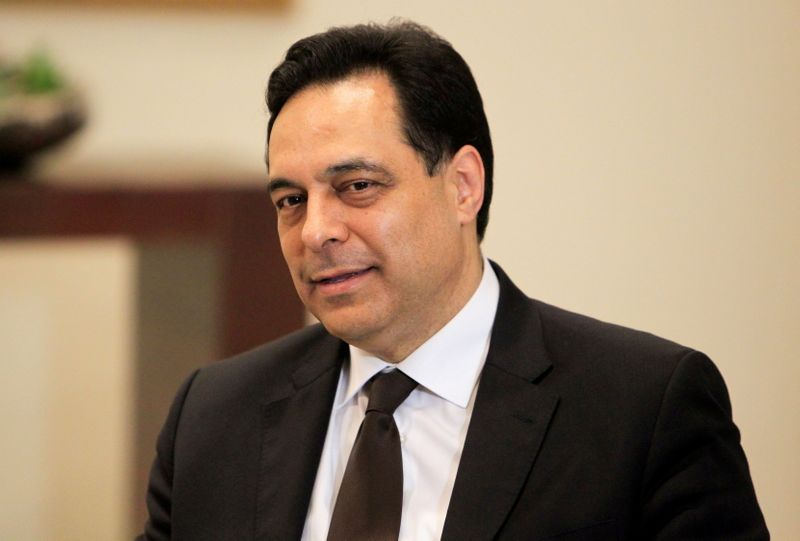