By Iain Withers and Lawrence White

Like rivals Barclays and HSBC, Lloyds’ results were boosted by the release of cash – 84 million pounds – it had set aside for bad loans last year when the economic outlook looked gloomier.

The bank now expects loan impairments to be a net credit for the year and its return on tangible equity – a key measure of profitability – to be more than 10%, up from 5-7% at the end of 2020.

The bank’s shares rose 2.5% in early trading, the second-best performer on the benchmark FTSE 100 index.

Nunn inherits a bank placed on an even keel by his predecessor but faces a challenge to improve returns amid near-zero benchmark interest rates and intensifying competition from digital rivals.

“There are clearly significant opportunities for Lloyds Banking Group to further develop its platforms and capabilities and grow,” Nunn said.

“The capital position is much stronger than expected, which bodes well for future shareholder distributions, and we continue to think a sizeable share buyback will be announced alongside the full-year results in February,” analysts at Shore Capital said in a note.

Costs for past misdeeds continued to dent profit, however, with the bank setting aside a further 100 million pounds for remediation charges, including compensation for victims of historic fraud at its HBOS Reading branch.

Lloyds has tried to trim costs under Nunn and this month axed a further 48 branches across England and Wales as banks across the sector cut back their high street presence in response to growing use of digital banking. 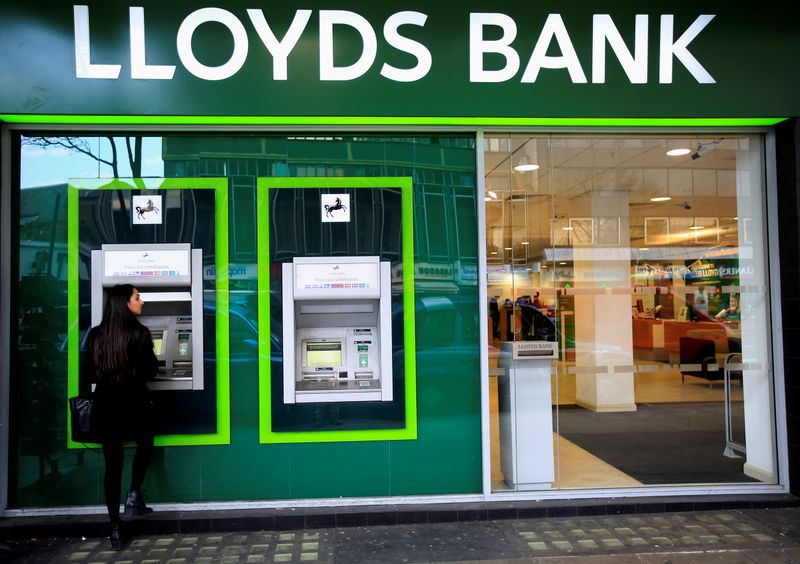