WASHINGTON -Dozens of progressive Democrats in the U.S. House of Representatives oppose a quick vote on a $1 trillion infrastructure bill until agreement is reached on a larger social spending bill, their leader said on Thursday.

But Representative Pramila Jayapal, the chair of the Congressional Progressive Caucus, said the group was holding out for more of Biden’s agenda to be ready to pass.

“Dozens of our members insist on keeping both bills linked and cannot vote only for one until they can be voted on together,” Jayapal https://www.reuters.com/world/us/negotiating-left-pramila-jayapal-now-center-joe-bidens-agenda-2021-10-28 said in a statement.

That came hours after her 95-member strong bloc met to discuss Biden’s visit to the Capitol to pitch a $1.75 trillion social spending and climate change bill. Jayapal said the group supported the idea but could not vote on it until they had more time to study detailed legislative language.

Progressives had long said they would not vote for the infrastructure bill, which passed the Senate with bipartisan support in August, until the details of the larger bill – once targeted at $3.5 trillion – were worked out.

Jayapal also said earlier she was not rejecting a direct call for support from the president, noting that Pelosi and not Biden had called for a vote on Thursday.

“He did not,” Jayapal told reporters earlier. “He said he wants votes on both bills. And he said that what we do on these two bills is going to be determinative for how the world sees us.” 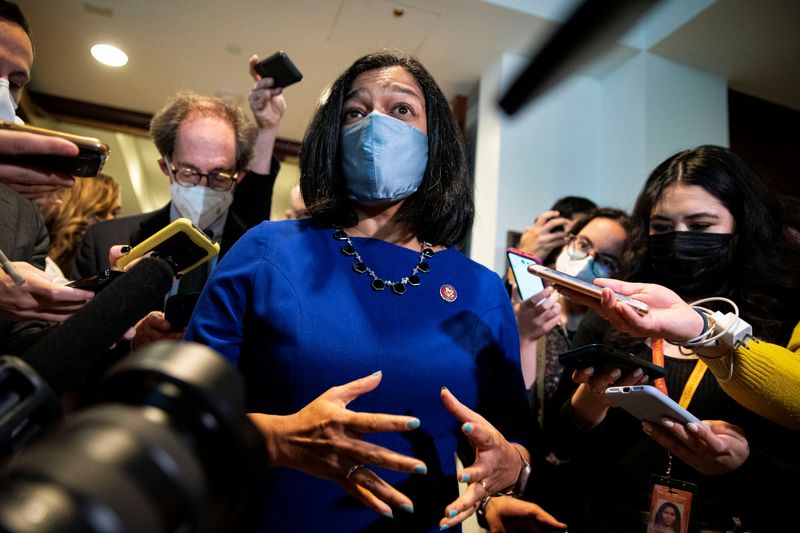