SARAJEVO (Reuters) – The European Union’s top military official voiced support for the unified Bosnian armed forces on Thursday, after Serb leader Milorad Dodik had threatened to pull the Serb component out of the forces and form an exclusively Serb army within Bosnia.

The formation of the country’s joint armed forces (OSBiH), incorporating Serb, Croat and Bosniak components that fought each other in a 1990s war, has been praised as the greatest achievement since the conflict, in which about 100,000 died.

The 1995 Dayton peace accords split Bosnia along ethnic lines into two highly autonomous regions, the Serb Republic and the Federation shared by Croats and Bosniaks, linked via a weak central government that have been strengthened over the years in order for the state to be functional.

But Dodik, a secessionist Serb leader supported by Russia and dissatisfied by the rulings of international peace envoys and the constitutional court, has made it clear he wants to pull out of state institutions including the armed forces.

Claudio Graziano, the chairman of the EU Military Committee, said his visit aimed to show the great importance that the 27-member bloc attaches to the unity of Bosnia.

“I bring a message from all the 27 that there is support for the armed forces,” Graziano told a news conference.

Senad Masovic, the head of the OSBiH joint headquarters, said the armed forces are the only legal and legitimate military force in the whole territory of Bosnia, under the defence law passed by the national parliament.

“Anything else will be regarded as a paramilitary organisation,” Masovic said.

Bosnia’s international peace envoy Christian Schmidt, addressing the parliament with regards to the ongoing political crisis caused by the Serb blockade of state institutions, said it was “unacceptable to undo achievements of the past 26 years”.

Any unilateral undoing of state institutions would be a “very serious setback” for Bosnia, Schmidt said. 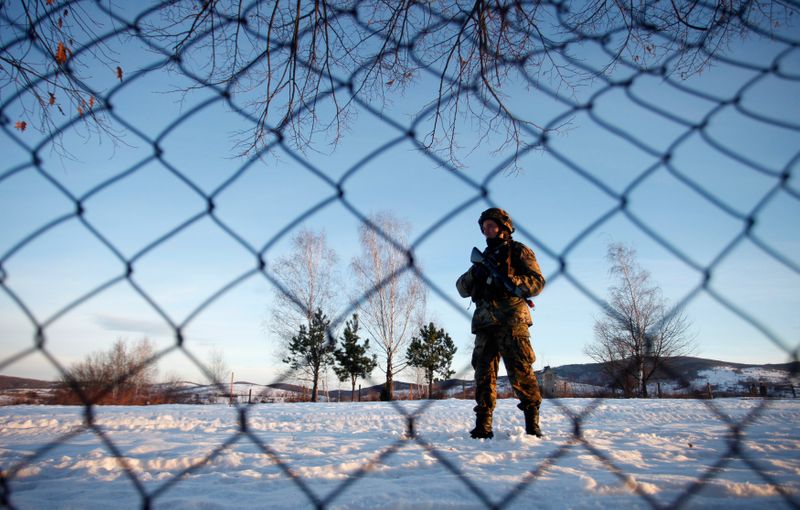