WASHINGTON – U.S. President Joe Biden is expected to hold a series of high-profile meetings with foreign leaders during his trip to the G20 in Rome and U.N. climate conference in Glasgow.

Tricky issues are on the table, from close ally France’s accusations of betrayal over an Australian submarine deal to Turkey’s demands after a scotched fighter jet deal.

Biden will meet with the French president on Friday in Rome as the two men try to repair relations soured when the U.S. thwarted France on a submarine deal.

They will continue discussions on security cooperation in Africa, Europe and the Indo-Pacific, the White House said last week.

Biden is only the second Catholic U.S. president, and his meeting with the Pope on Friday comes amid a heightened criticism from American archbishops over his stance on abortion. The two will discuss climate change, migration and income inequality, the White House said Tuesday.

Biden and the Italian prime minister will meet before G20 talks that Draghi is hosting and will discuss climate, health, the state of the global economy and ongoing international crises.

A fighter jet program will be the main topic at a meeting between Biden and Turkey’s president in Glasgow, the Turkish leader told state media. The U.S. suspended a F-16 jet deal after Turkey bought Russian missiles, and Erdogan says.

The White House has not yet confirmed the meeting. Biden heads to Glasgow on Oct. 31. Turkey last week threatened to expel U.S. diplomats over criticism of the jailing of a philanthropist.

The decades-old partnership between NATO allies has gone through much tumult in the past five years over disagreements on Syria policy, Ankara’s closer ties with Moscow, its naval ambitions in the eastern Mediterranean, U.S. charges against a state-owned Turkish bank and erosion of rights and freedoms in Turkey. 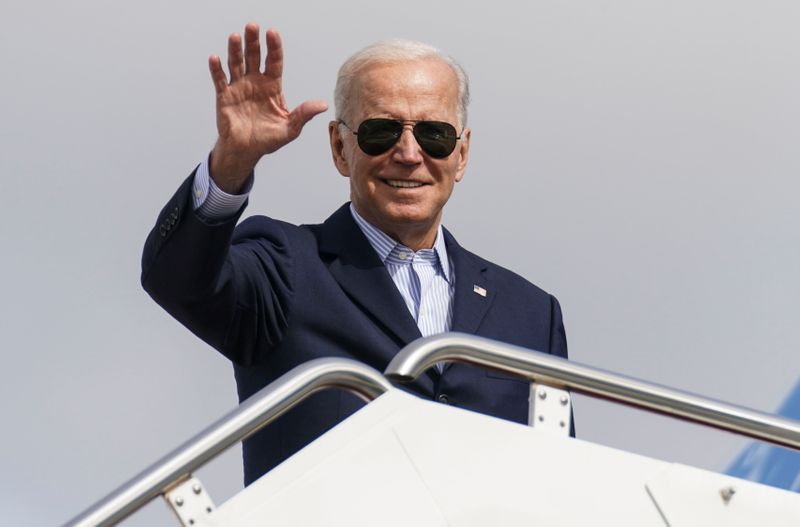