-Pfizer Inc and BioNTech SE said on Thursday they expect to deliver 50 million more doses of their COVID-19 vaccine to the U.S. government by April-end, as the country prepares to vaccinate children.

The move comes after a panel of outside advisers to the U.S. Food and Drug Administration voted on Tuesday to recommend its authorization for the vaccine in children aged 5 to 11. The agency’s decision on the vaccine for the age group is awaited.

If authorized and subsequently recommended by the U.S. Centers for Disease Control and Prevention’s (CDC) advisory panel, the companies said they expect to then begin shipping the vaccine immediately, in 10 microgram pediatric doses, as directed by the U.S. government.

The U.S. government has so far secured 600 million doses of the vaccine for use within the country and additional 1 billion doses for donation to low- and lower-middle-income countries.

The drugmakers said they expect initial clinical trial data on the vaccine’s use in children — aged 2 to less than 5 years, and 6 months to less than 2 years — is expected in the fourth quarter this year or early first quarter of 2022.

(Reporting by Manojna Maddipatla in Bengaluru; Editing by Shounak Dasgupta and Shinjini Ganguli) 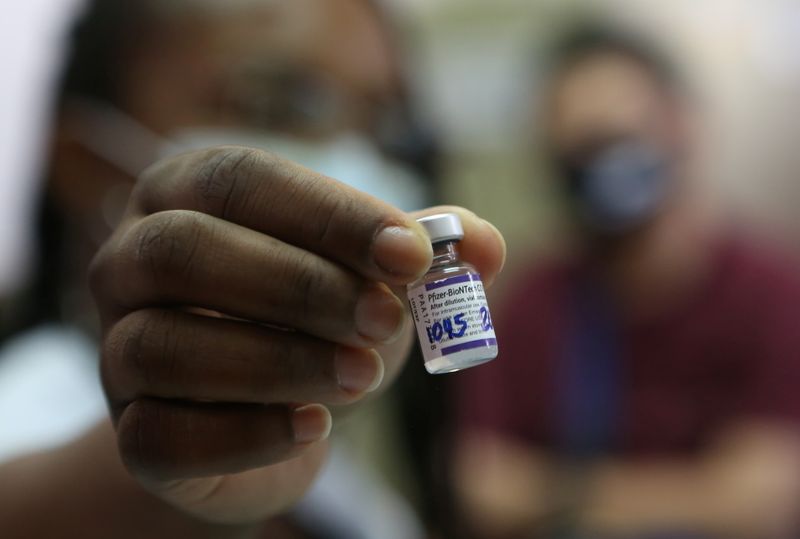 U.S. military bill features up to $10 billion to boost Taiwan

U.S. military bill features up to $10 billion to boost Taiwan