MADRID -Spain’s Banco Sabadell has no plans to sell TSB for now after recently rejecting an unsolicited offer from Co-op Bank, it said on Thursday, as the British unit helped the group beat third-quarter net profit forecasts.

Sabadell more than doubled its net profit in the quarter to 149 million euros ($173 million) from the same period a year ago thanks also to a rise in lending income, buoyed by new mortgage loans in Spain.

Analysts polled by Reuters expected a net profit of 115 million euros. However, the outcome was below the 251 million euros in the third quarter of 2019, before the pandemic.

Sabadell’s 1.7 billion pounds ($2.3 billion) acquisition of TSB in 2015 backfired when IT glitches sent costs spiralling in 2018. It has for now frozen its plans to sell TSB until it completely turns around its business.

“We are not considering any corporate transaction in the near future,” Sabadell’s Chief Executive Officer Cesar Gonzalez-Bueno told analysts on Thursday.

On a standalone basis, TSB booked a 47 million pounds net profit in the quarter, compared to a loss of 76 million pounds in the same period last year, driven by higher lending volumes and lower funding costs.

Gonzalez-Bueno expected an increase in loans to boost TSB’s lending further through 2022 after net interest income (earnings from loans minus deposit costs) rose 20.7% year on year in the quarter.

Sabadell shares were 0.7% up, compared to a 0.2% decline in Spain’s blue-chip index, as brokerages such as Barclays welcomed a good set of results, though highlighted that costs came in higher than expected.

Facing ultra-low interest rates, European banks are under pressure to cut costs, either on their own or through tie-ups.

In the quarter, Sabadell booked a charge of 331 million euros as part of its process to lay off up to 1,605 employees in Spain, which it now expects to generate annual cost savings of 130 million euros, up from 100 million originally, including other cost measures.

Sabadell also said it was on track to meet its overall strategic plan targets for the year-end, which foresees low single-digit growth in net interest income.

Net interest income rose 4.3% in the third quarter from the same quarter a year ago to 877 million euros, above analysts’ average forecast of 856 million. 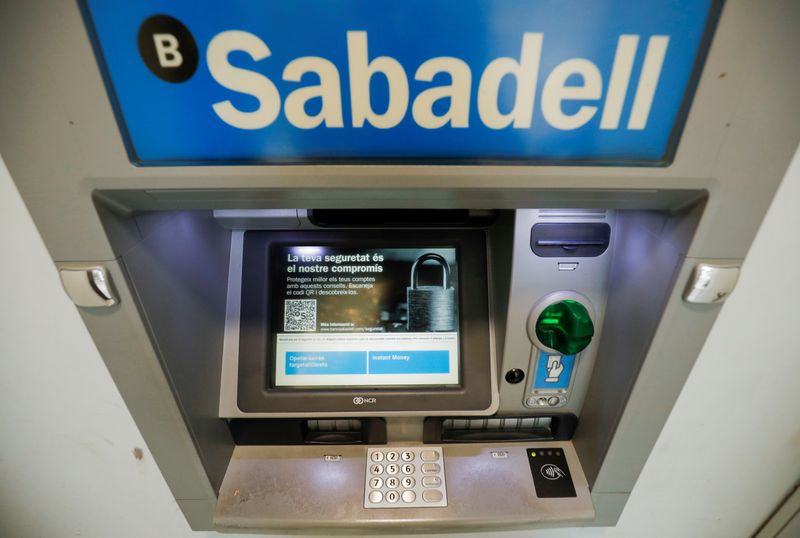