By Jonathan Landay and Michelle Nichols

WASHINGTON/NEW YORK – The United Nations cannot get enough cash into Afghanistan to deliver humanitarian aid to millions of people on the brink of starvation and is struggling to develop options to help stabilize the collapsing economy, U.N. officials said.

Ultimately political solutions are needed, a senior U.N. official told Reuters on condition of anonymity, an apparent reference to sanctions relief and for governments and institutions to free up billions of dollars of Afghan assets held overseas.

In the meantime U.N. agencies are scrambling to find ways to get large amounts of U.S. dollars into Afghanistan to combat a liquidity crisis that has taken hold since the Taliban ousted the Western-backed government in August. The U.N. official shared with Reuters some of the options being suggested.

The delivery of U.S. dollars to Afghanistan has stopped since the Islamist militants seized power and if countries or international financial institutions don’t step up then the United Nations might have to fill the gap, said the official.

One suggested option is using Afghanistan International Bank, which could bring in and store money, but there are issues with insurance, the U.N. official said.

The United Nations is also aware that no one option will work and several avenues to get enough cash into Afghanistan are needed, the official said.

U.N. Secretary-General Antonio Guterres has called for the International Monetary Fund to agree on waivers or mechanisms to get money into Afghanistan. The IMF has blocked the Taliban from accessing some $440 million in new emergency reserves.

Much of the Afghan central bank’s $10 billion in overseas assets have been frozen as well, most of it in the United States. The U.S. Treasury has said there are no plans to release the money.

“We need to work together to make the economy breathe again and to help people survive,” Guterres said on Wednesday. “Injecting liquidity into the Afghan economy can be done without violating international laws or compromising principles.”

FLYING IN MONEY NOT ON TABLE YET

The United Nations has repeatedly warned that Afghanistan’s economy is on the brink of collapse and would likely further fuel a refugee crisis.

When asked about U.N. efforts to get cash into Afghanistan, Mary-Ellen McGroarty, head of the World Food Programme in Afghanistan, told reporters on Tuesday: “The U.N. collective is looking at what potential solutions we could have, but flying in money to the country is not on the table yet.”

“What we are using at the moment is the limited liquidity that is in the country,” she said. “But the longer this goes on … we’re finding it’s becoming more and more difficult.”

Some 8.7 million people are “one step away from starvation,” said McGroarty, adding: “There is a tsunami of destitution, incredible suffering and hunger spiraling out of control.”

The Taliban is facing growing international pressure for an inclusive and representative Afghan government and to uphold human rights, particularly those of women and girls in return for international recognition and freeing up aid and reserves.

Donors and institutions are also seeking to avoid running afoul of U.N. and unilateral sanctions on the Taliban.

The United Nations is appealing for countries “to provide humanitarian financial exemptions to allow funds to reach aid organizations in the country,” said U.N. spokesman Stephane Dujarric, without naming names.

“These modalities are not sufficient for the large scale operations requiring cash payments or cash assistance in-country, however,” said Dujarric, adding that the United Nations was talking to international financial institutions to find a solution that would expand aid operations.

A key part of U.N. plans to inject money into Afghanistan is by providing cash directly to poor Afghan families.

(Reporting by Jonathan Landay in Washington and Michelle Nichols in New York; Editing by Mary Milliken and Grant McCool) 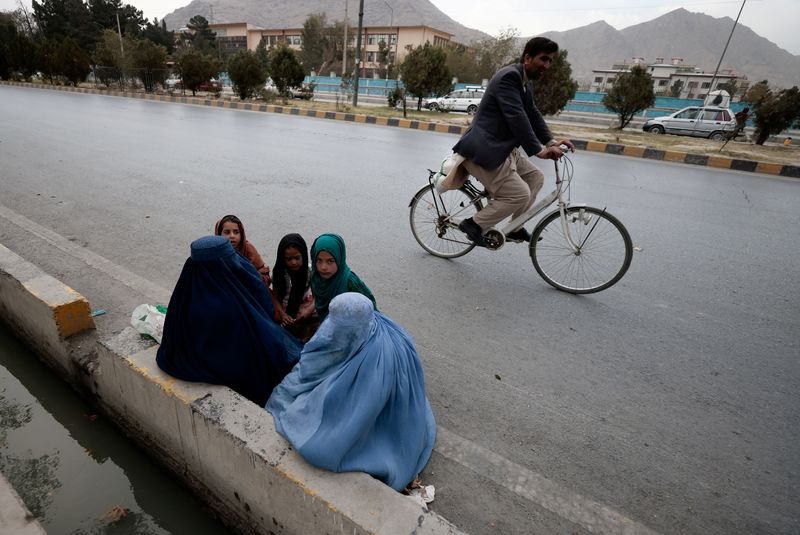 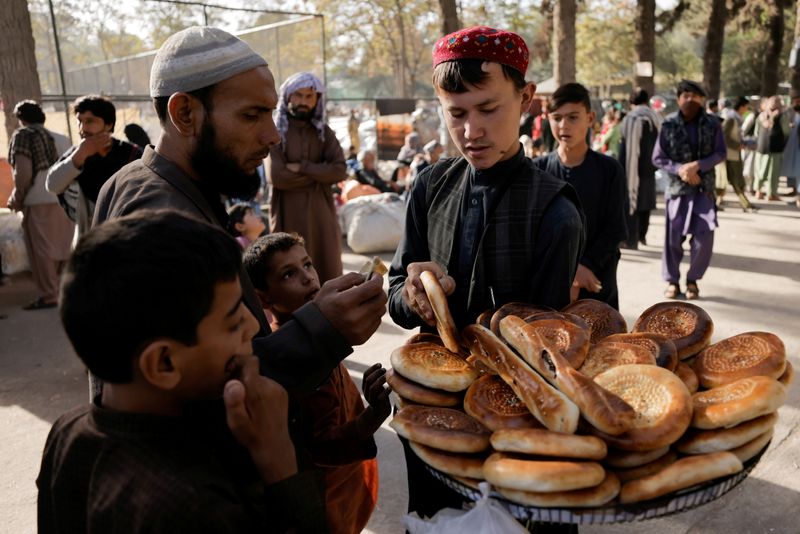