LONDON (Reuters) – French threats to disrupt British trade and block its trawlers from accessing French ports are not compatible with international law and will be met with an “appropriate and calibrated” response if acted on, London said on Thursday.

France seized a British trawler fishing in its territorial waters without a licence on Thursday and issued a warning to a second vessel in a dispute over access to fishing grounds after Brexit.

Paris has also released a list of sanctions that could come into effect from Nov. 2 unless progress is made.

“The measures being threatened did not appear to be compatible with the Trade and Cooperation Agreement or wider international law and if carried through, will be met with an appropriate and calibrated response,” Eustice said, of the post-Brexit free trade deal between the UK and European Union.

Asked about the vessel, Eustice said it did have a licence.

“They were on the list that was provided by the MMO (Marine Management Organisation) initially to the European Union. The European Union therefore did grant a licence,” he told parliament.

“We are seeing some reports that for some reason, they were subsequently withdrawn from the list. It is unclear why that might have been at the moment.”

Furious that Britain has refused to grant its fishermen the full number of licences to operate inside British waters that France says is warranted, Paris announced retaliatory measures on Wednesday if there was no progress in talks.

The French government said it would from Nov. 2 impose extra customs checks on British goods entering France, raising the prospect of more economic pain before Christmas for Britain, which faces labour shortages and rising energy prices.

It is also reviewing a second round of sanctions and does not exclude a review of its exports of electricity to Britain, which left the European Union on Jan. 31, 2020.

Eustice said Britain had granted 1,673 licences to EU vessels to fish in its exclusive economic zone, of which 736 were French vessels and the door remained to considering new information on further licences. 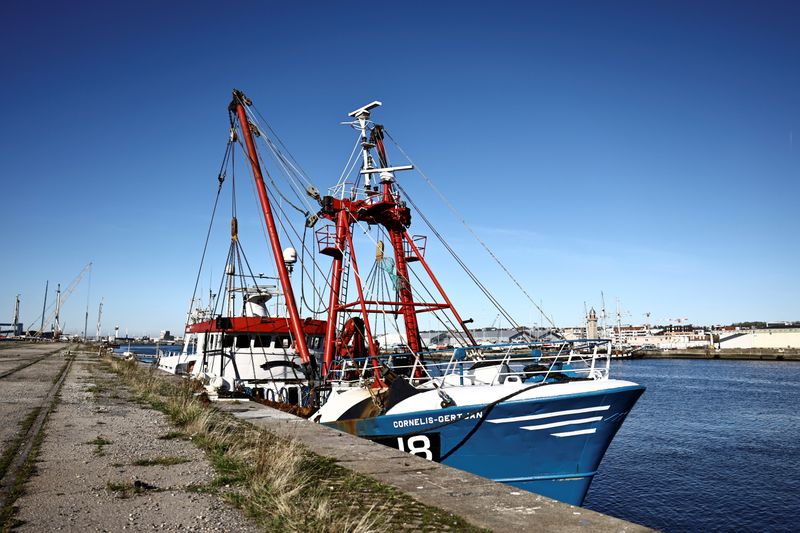