By Giulio Piovaccari and Valentina Za

MILAN -Exor, the holding company of Italy’s Agnelli family, has signed a preliminary accord to sell its PartnerRe re-insurer to French insurance group Covea for $9 billion, reviving a deal that had been derailed by the coronavirus pandemic.

The price tag is unchanged from last year, when Covea walked away from the purchase of the Bermuda-based firm saying it could no longer buy it under terms agreed before the COVID-19 outbreak, which Exor refused to change.

Exor had said at the time PartnerRe had one of the highest capital and liquidity ratios in the global reinsurance industry and was not expected to be significantly affected by COVID.

Shares in Exor rose 2.2% in late morning trade on Friday, the top performer on a negative Milan market, with attention focused on what the Stellantis and Ferrari investor might do with the additional resources.

Exor and Covea said in a joint statement late on Thursday they planned to sign a final agreement by the end of the year, with the deal slated to complete in mid-2022.

Based on the terms of the disposal, Exor is set to pocket a capital gain of around $3.2 billion from its investment in PartnerRE which it bought in 2016 for $6.7 billion, when including dividends paid by the reinsurer since then.

Milan-based broker Equita calculated the deal lifted Exor’s net asset value by 5%, boosting its net financial position to more than 4 billion euros in cash from a debt of 3.1 billion euros.

Exor, which is also the parent of companies including CNH Industrial and soccer club Juventus, has made its first steps into luxury goods and services.

Last year it became the largest shareholder in Chinese luxury group Shang Xia, co-founded by France’s Hermes, and in March it took a 24% holding in high-end shoemaker Louboutin for 540 million euros.

Equita analyst Martino De Ambroggi said Exor could use proceeds from the deal to further diversify into the luxury sector, also mentioning an extraordinary dividend and a share buyback as possible options.

An investor day on Nov. 30 could shed more light on future plans.

Reuters reported in July the Agnellis’ scion John Elkann had looked at a tie up with fashion designer Giorgio Armani as part of a plan to build a luxury business. An Exor spokesperson had denied any approach had been made.

After the deal collapsed last year, Covea agreed to invest 1.5 billion euros in entities managed by PartnerRE and in undisclosed investments related to Exor, in a bid to normalise relations between the two companies.

Covea said this had helped it to better know and appreciate PartnerRe and its management.

The cooperation and investment agreements will continue with Exor buying from Covea for $725 million interests in special reinsurance vehicles, while Covea and PartnerRe will invest in Exor-managed funds. ($1 = 0.8560 euros) 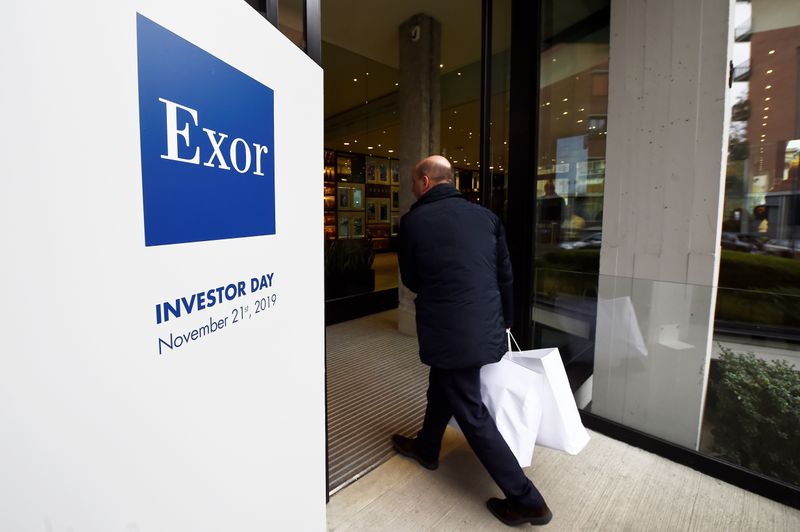