TORONTO – Canada’s pandemic housing boom has attracted a larger-than-usual share of speculators, many of whom took advantage of falling variable mortgage rates to take out multiple loans, but the central bank’s surprise warning this week about an early interest rate lift-off could douse a rally fueled by cheap debt.

Earlier and faster rate hikes could trigger higher payments for many of these buyers, and investors with multiple properties could respond by selling some of them into ebbing demand if their commitments become too onerous.

Already, the housing market has started to cool as fixed rate mortgages rose 60 basis points on average this year, according to Ratehub.ca, tracking rising bond yields. On Wednesday, the Bank of Canada said it could increase its benchmark interest rate from the current 0.25% as soon as April, three months sooner than previously forecast.

Money markets expect a rate hike in March, with nearly 100 basis points of tightening in 2022.

“People living in their homes are a much more stable source of demand; investor demand is much more fickle,” said Philip Cross, senior fellow at the Macdonald-Laurier Institute.

“Once (investors) start seeing that rising interest rates and/or falling house prices makes it unprofitable to speculate on housing as an investment, that source of demand can disappear quite rapidly.”

Investors accounted for a quarter of all August home purchases in Ontario, Canada’s most populous province, the highest in at least a decade, according to Teranet, underscoring the heightened risk in the current housing cycle. They were the biggest group of buyers, a marked shift from 2011 when they were the smallest.

The number of people with three or more active mortgages climbed 7.7% in the second quarter from a year ago, double the pre-pandemic pace, according to Equifax Canada.

Record-low rates have lit a fire under housing demand, pushing some Canadian cities and their surrounding areas into bubble territory. Canada’s 11% home price jump in 2020 was the fourth largest in a 60-country International Monetary Fund housing index. House prices are up another 14% this year, the Teranet-National Bank Composite House Price Index showed.

Swiss bank UBS ranked Toronto No. 2, behind Frankfurt, in this year’s Global Real Estate Bubble Index https://www.ubs.com/global/en/wealth-management/insights/2021/global-real-estate-bubble-index.html, with Vancouver at No. 6.

The market is showing signs of easing. The Teranet-National Bank index rose 0.1% in September from August, the fourth consecutive month in which growth slowed from the previous month.

To be sure, few anticipate a broad market crash, as a shortage of inventories and a renewed immigration push are expected to keep a floor under prices, mortgage broker Ron Butler said. A stress test, which ensures borrowers can make payments at a rate of at least 5.25% he added.

“There may be some people that made a stupid bet that they could borrow money for nothing forever,” Dodge told Reuters on Thursday. “I don’t have a lot of sympathy, and I don’t think there are many people like that.”

The spike in investor interest has contributed to a rise in borrowing against existing properties. Owners can pay the down-payment on their next property with home equity lines of credit (HELOC), borrowing up to 65% of the existing home’s appraised value, at an interest rate higher than fixed and variable rates.

New HELOC volumes rose 57% in the second quarter from a year earlier, a “worrisome” trend as repayments are often subject to variable interest rates, according to Equifax Canada.

For investors on variable-rate mortgages “an increase in rates is going to eat into the cash flow,” which may already be falling short of expenses, said John Pasalis, president of brokerage and research firm Realosophy Realty. “We could see some investors start to offload properties,” if they face a cash squeeze, he added.

A moderate pull-back may not be a bad thing, given the tight conditions in major Canadian cities, he said.

“This time next year, the hope is that we start moving toward a more balanced market, where there’s more inventory, and demand from investors hopefully declines,” he said. 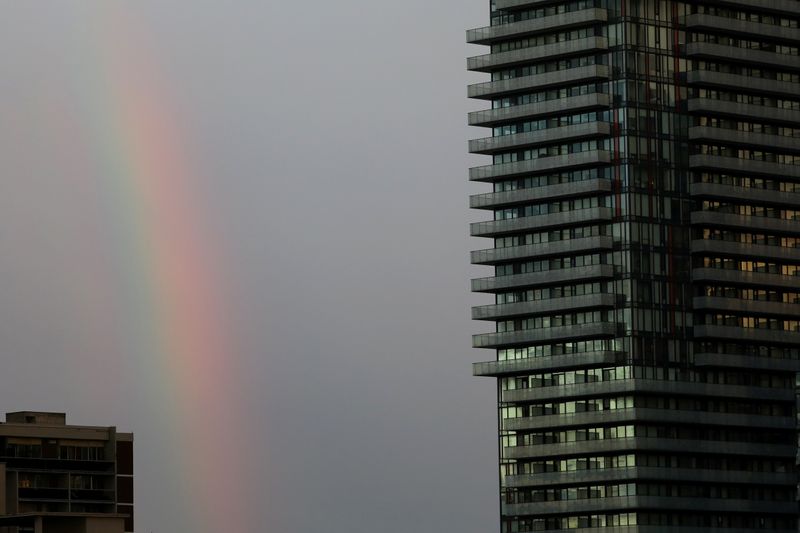