By Clare Jim and Kane Wu

HONG KONG -Kaisa Group Holdings Ltd is seeking buyers for its Hong Kong-listed property management unit and two residential sites in the city, people with knowledge of the matter said, as it scrambles to meet a wall of debt repayments.

Kaisa plans to sell its entire 67.18% stake in Kaisa Prosperity Holdings Ltd, a company with a market value of around HK$2.4 billion ($310 million), two sources said.

No clear buyers have emerged, one source said.

The Shenzhen-based developer is also putting up for sale two residential project sites in Hong Kong it acquired last year, according to another source and sale presentation documents seen by Reuters.

Kaisa bought the land in Tuen Mun for HK$3.5 billion, and it said in its interim report published in September that it owns a 50% interest in a Kai Tak site worth HK$7 billion.

Kaisa did not comment on the plans to divest its stake in the property management unit and did not immediately respond to a query about the residential site sales.

The sources asked to be named as the company’s divestment plans were not public.

Kaisa has the most offshore debt coming due over the next one year of any Chinese developer, after embattled China Evergrande Group, which – with more than $300 billion in liabilities – is at the centre of a stifling liquidity crisis in China’s $5 trillion property sector.

Evergrande made an interest payment for an offshore bond before a grace period expired on Friday, two people with direct knowledge of the matter said, narrowly averting catastrophic default for the second time in a week.

Kaisa’s share price was down 2.5% in late afternoon trading, while Kaisa Prosperity jumped over 7% after the news.

Kaisa in 2015 became the first Chinese developer to default on its dollar bonds, though its business has recovered in recent years.

The developer has around $3.2 billion in offshore senior notes due in the next 12 months, according to credit rating company S&P, with the next maturity worth $400 million falling on Dec. 7.

Kaisa also has around $1 billion in offshore interest to pay every year, analysts said.

Rating firms S&P and Fitch downgraded Kaisa again on Wednesday, both to “CCC+”, citing its weakening liquidity, sending its shares to their lowest since their debut in December 2009.

“In our view, the company will need to rely on asset disposals and successfully improving its capital structure to avoid defaulting on its debt commitments,” S&P said, citing disposals in project in the mainland and Hong Kong.

Kaisa’s asset sale plan comes as bigger rival Evergrande teeters on the brink of collapse. A few of their peers have defaulted on offshore debt obligations in recent weeks, roiling equities and bond markets.

Scrambling to raise cash as a result of Chinese regulators reining in debt accumulation in the sector, some Chinese developers have turned to their property management units to raise funds.

Once China’s top-selling developer, Evergrande tried to sell 50.1% of its property services unit to Chinese peer Hopson Development for $2.6 billion but this month scrapped the deal.

Acquisitions targeting Chinese real estate companies totalled $33.3 billion in 297 deals so far this year, according to Refinitiv data, up 10% from the same period last year. 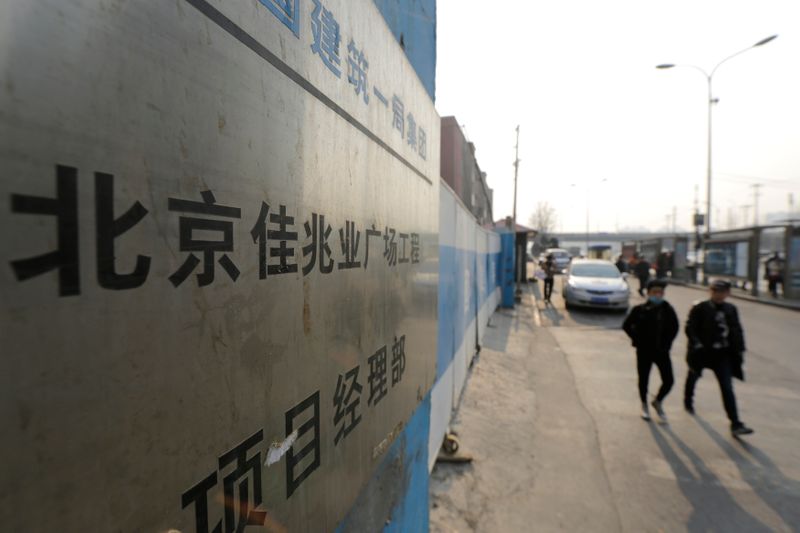