ATHENS -Greece mounted a rescue operation on Friday for a Turkish-flagged cargo ship carrying about 400 migrants after it sent out a distress signal off the island of Crete, the coast guard said.

The Greek coast guard quoted passengers as saying the vessel had sailed from Turkey, calling it “one of the largest search and rescue operations carried out in the eastern Mediterranean.”

“The ship is now sailing in international waters. Greece’s Shipping Ministry has asked Turkey to accept the vessel’s return to Turkey,” a migration ministry official said, declining to be named.

The official said Greece’s migration and asylum minister had contacted Turkish authorities and the EU Commission to resolve the matter.

Earlier, Greek authorities had said the ship was being taken to land without giving further details. The nationalities of the passengers were not immediately made public.

Greece is one of the main routes into the European Union for asylum-seekers arriving from Turkey. But the number of arrivals has fallen sharply since 2016 after the EU and Ankara agreed a deal to stop migrants from crossing to Greece.

Nearly 1 million people, mainly Syrian refugees, arrived in the EU in 2015 after crossing to Greek islands close to Turkey. Since the Taliban takeover of Afghanistan in August, many EU states fear a replay of that crisis.

On Tuesday, four migrants, three of them children, drowned https://www.reuters.com/world/three-migrants-drown-greece-after-boat-sinks-more-missing-2021-10-26 after a boat in which they and 23 others were trying to cross from Turkey to Greece sank off the island of Chios.

(Reporting by Karolina Tagaris and George Georgiopoulos,Editing by Mark Heinrich and Sandra Maler) 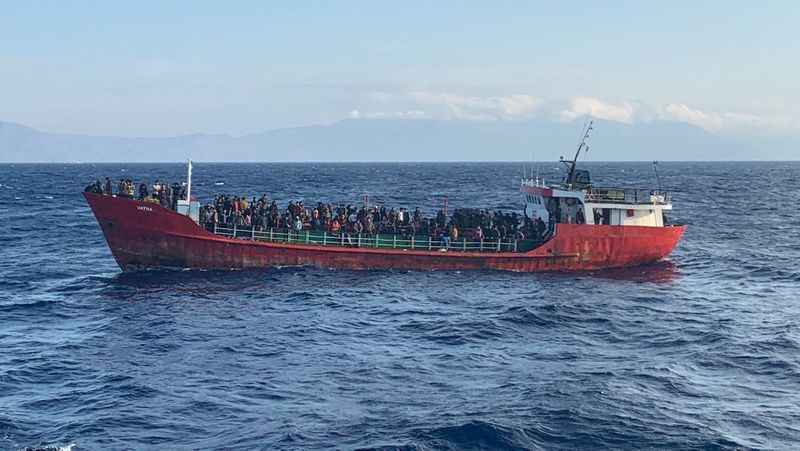 Columbus Man Dies After Driving Through Intersection and Into Embankment