ROME – Prime Minister Boris Johnson described France on Friday as one of Britain’s best, oldest and closest allies, promising to try to ease tensions with President Emmanuel Macron when they meet at the weekend.

A row over post-Brexit fishing rights has further strained relations between the neighbours, who have been at odds over everything from Britain’s departure from the European Union to London’s security pact with the United States and Australia.

Officials hope the meeting in Rome on the sidelines of a G20 summit of the world’s biggest economies will not overshadow the gathering which Johnson hopes will prepare the ground for more action at the United Nation’s climate summit in Glasgow.

“France is one of our best, oldest, closest allies, friends and partners,” Johnson told reporters on a plane to the G20 meeting.

“The ties that unite us and bind us together are far stronger than the turbulence that currently exists in the relationship. That’s what I’m going to say to Emmanuel who’s a friend I’ve known for many years.”

Johnson’s words echoed those of U.S. President Joe Biden, who met Macron on Friday, and said the United States did not have an older and more loyal ally than in Macron.

London and Paris have clashed over post-Brexit fishing rights in recent weeks and the situation escalated on Thursday when France seized a British fishing boat in its waters and warned it would take further measures.

In response, Britain has threatened to open trade dispute proceedings, raising the stakes in a row that is part of a wider dispute over trading arrangements between Britain and the EU.

“On the particular issues we, we’re puzzled about what’s going on,” said Johnson.

“We fear there maybe a breach of the terms of the Trade and Cooperation Agreement (Brexit trade deal) implicit in what is happening and some of the things that are being said … Obviously we’re going to take the appropriate action.”

But he hoped there would be no new fish war to replicate a sausage war with the EU earlier this year that threatened to overshadow a meeting of the G7 countries.

“This time it’s fish rather than sausages, I don’t know if that’s an improvement but look actually there are bigger fish to fry, everybody knows that,” he said.

“The issue is how much more progress can we make and to what extent can we keep 1.5 alive … We’re going to have to do more but what can we do now to make sure we have a fighting chance,” Johnson added, referring to the world’s attempts to limit global warming to no more than 1.5 degrees Celsius this century. 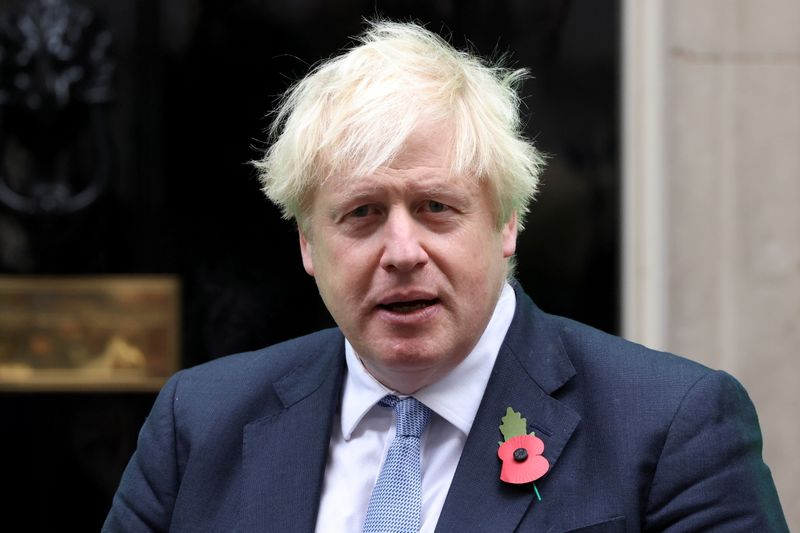