Service sector activity in the country was roiled during the summer from a resurgence in the coronavirus pandemic, while global supply chain disruptions have weighed on a recovery in manufacturing, notably in key sectors like carmaking.

The seasonally-adjusted contraction in gross domestic product (GDP) over the July-September period compared with a consensus forecast in a Reuters poll for growth of 0.1%, and followed surprisingly weak data for August.

Nikhil Sanghani, an analyst at Capital Economics, said the latest figures left GDP 2.3% below pre-pandemic levels, though he suggested the August data may be revised up and noted the economy was “heading in the right direction” going into October.

“But the bigger picture is that the recovery will still struggle from here,” Sanghani said in a research note.

“Global component shortages will keep auto production depressed in the near term, a slowdown in the U.S. will constrain external demand, and domestic demand will remain subdued owing to the lack of policy support,” the note said.

The economy’s sluggish performance risks creating a dilemma for Mexico’s central bank, which has embarked on a series of rate increases as inflation surged well above its 3% target. However, its board has been split over whether to hike rates.

A breakdown of the GDP figures showed the contraction was led by weakness in the tertiary sector, which covers services, and which declined by 0.6% compared with the second quarter.

Secondary activities, which include manufacturing, rose by 0.7%, while primary activities such as farming, fishing and mining, also advanced by 0.7%, the data showed.

The dent to growth is a setback to Mexico, which during the pandemic suffered an economic contraction last year of 8.5%, its sharpest slump since the 1930s Great Depression.

The main hit came in the second quarter of 2020. Since then, Mexico had posted four consecutive periods of quarterly growth, including an increase of 1.5% during the April-June period.

Mexico’s finance ministry said it was sticking to its forecast for growth of 6.3% this year despite the economy’s third quarter performance.

Final third-quarter GDP figures for Latin America’s second-biggest economy are due to be published on Nov. 25. 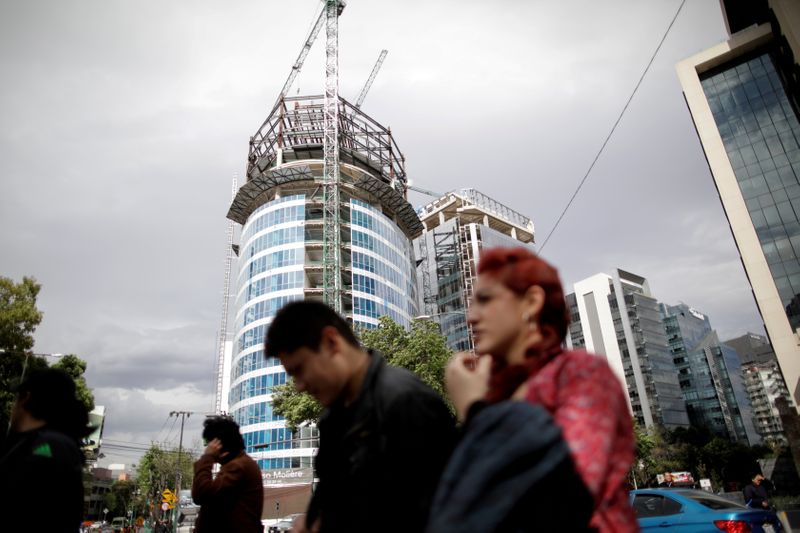