The strong results for the No. 2 U.S. oil producer came a day after U.S. lawmakers grilled top executives of major oil companies over the industry’s past dismissals of climate warming and for funding groups that oppose a shift from fossil fuels.

Chevron’s earnings reflect, in part, gains from higher demand after the industry’s deep production cuts last year during the pandemic and production increases.

The company posted net income of $6.11 billion, compared with a loss of $207 million a year ago, on sales of oil that fetched nearly twice as much as a year ago and U.S.-produced gas that sold for three times as much.

Shares rose 1.2% to $114.49 on Friday and have gained more than a third this year. Adjusted earnings per share of $2.96 handily exceeded Wall Street’s estimate of $2.21, according to Refinitiv IBES data.

Cash flow from operations was $8.5 billion in the quarter.

“We generated company-record free cash flow, higher than the strongest quarters in 2008 and 2011 when oil prices were well over $100 a barrel,” said finance chief Pierre Breber on a call with analysts.

So far this year, U.S. oil prices have risen about 70% to around $83 a barrel and natural gas futures futures were up about 115%.

Overall production rose on its acquisition of Noble Energy and more production from OPEC partners. It would have been stronger if not for maintenance shut-ins at Kazakhstan’s giant Tengiz field.

Strong international results pushed Chevron’s operating profit from oil and gas production to $5.1 billion, from just $235 million a year ago. Profits in U.S. refining and chemicals jumped more than six times from a year-ago on higher demand for chemicals and motor fuels.

Chevron said it will add two drilling rigs in the top U.S. shale field and plans to increase oil and gas output through 2025 by up to 3% annually. 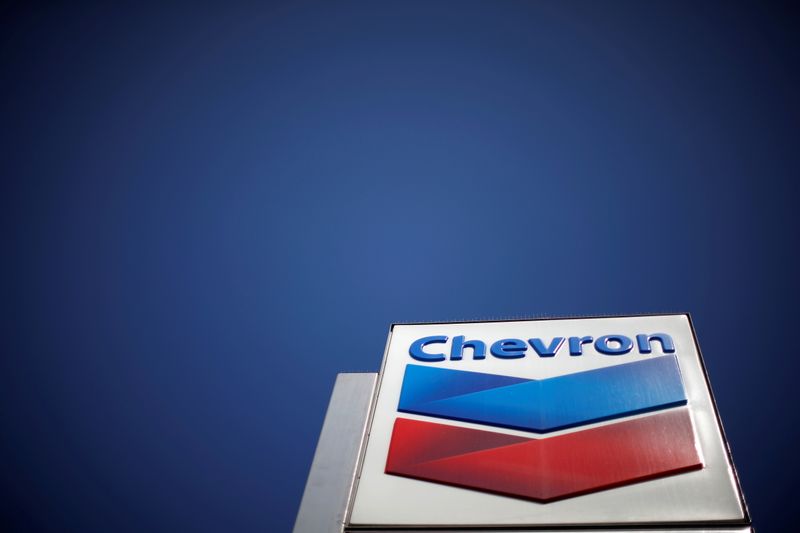