ISLAMABAD – Pakistan’s National Security Committee vowed on Friday to crack down on a banned Islamist group if violent protests continue, toughening up its rhetoric after at least seven police were killed in clashes over the past week.

Thousands of activists from the Tehrik-e-Labaik Pakistan (TLP) movement have been marching along the Grand Trunk Road, Pakistan’s busiest highway, threatening to block the capital Islamabad if detained TLP leader Saad Rizvi is not released.

The protests have added to pressure on the government of Prime Minister Imran Khan which has been grappling with a chronic financial crisis and spiralling inflation that has squeezed household incomes hard.

The activists have clashed repeatedly with security forces along the route. On Wednesday, four police were killed and hundreds wounded when activists opened fire with automatic weapons after earlier clashes in which three police died.

Khan met officials from the National Security Committee on Friday and said no group would be allowed to cause public disruption or use violence to challenge the state.

The TLP protesters were “deliberately employing violence against public property, state officials, and ordinary citizens to create instability in the country,” a statement read, adding that the movement was misusing religion to create discord for political gains.

The government had previously taken a much softer line against the protesters, and the interior minister had said during the week that it was willing to consider most of their demands.

On Friday, Information Minister Fawad Chaudhry said Rizvi could not be released without due judicial process being followed and said the protesters should return home.

TLP, a radical Sunni Muslim group focused heavily on attacking actions it considers blasphemous, has mounted major protest marches that have brought Islamabad to a standstill twice in recent years.

As well as demanding the release of its leader Rizvi, it is also demanding the expulsion of France’s ambassador over the publication in a French satirical magazine of caricatures depicting the Prophet Mohammad.

Pakistani authorities have called up paramilitary Ranger units to control the violence and have blocked off approaches to Islamabad and nearby Rawalpindi, but they have so far tried to use persuasion rather than force to get the march called off. 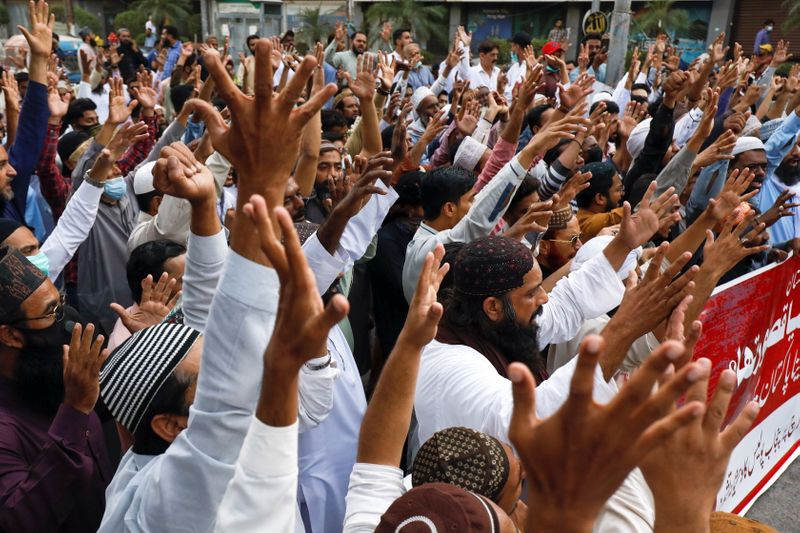 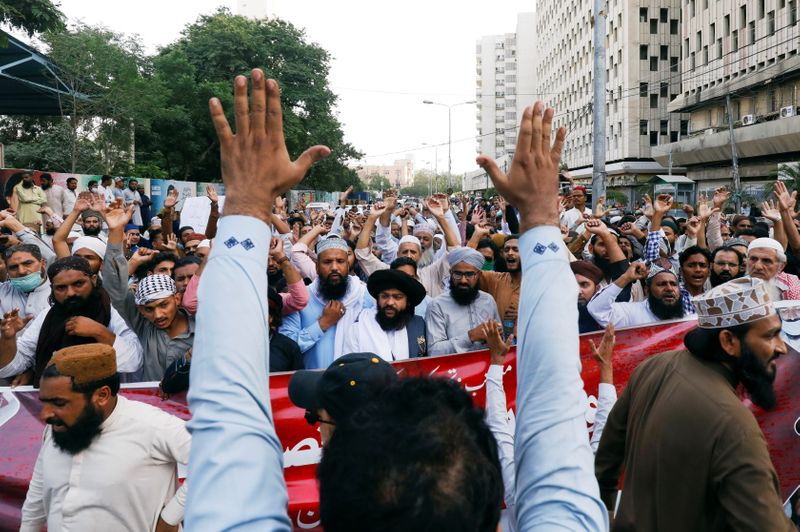 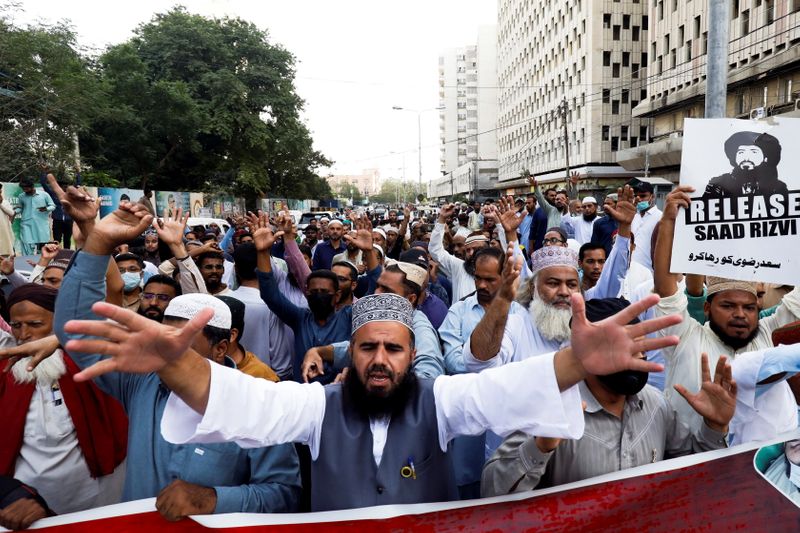