By Sergio Goncalves and Catarina Demony

Parliament threw out the minority Socialist government’s proposed budget bill for next year on Wednesday, paving the way for snap elections and ending six years of relative political stability under Costa.

While the rejection of a budget does not necessarily imply snap elections, President Marcelo Rebelo de Sousa warned this week that he would have no option but to dissolve parliament and hold elections two years ahead of schedule.

Costa was scheduled to join world leaders at COP26 in Glasgow on Monday, Nov. 1, and deliver a speech but he is no longer attending. Rebelo de Sousa will hold a Council of State meeting on Nov. 3 as part of a consultation period to decide to call an election or not.

Earlier on Friday, Economy Minister Pedro Siza Vieira said that, if Rebelo de Sousa decides to go ahead, the election should be held no later than mid-January.

“If that is the president’s decision, we need elections as soon as possible to overcome this uncertainty, which obviously has a negative impact on the economy,” Siza Vieira told journalists.

After the president dissolves parliament, an election has to be called in the following 55 days. Costa, who has ruled out resigning, would then stay on as head of a caretaker government until after the election.

Analysts say an election alone will not solve the impasse, which could be exacerbated by the far-right party Chega’s potential emergence as the third-largest force in parliament, as opinion polls suggest.

(Reporting by Sergio Goncalves and Catarina Demony; Editing by) 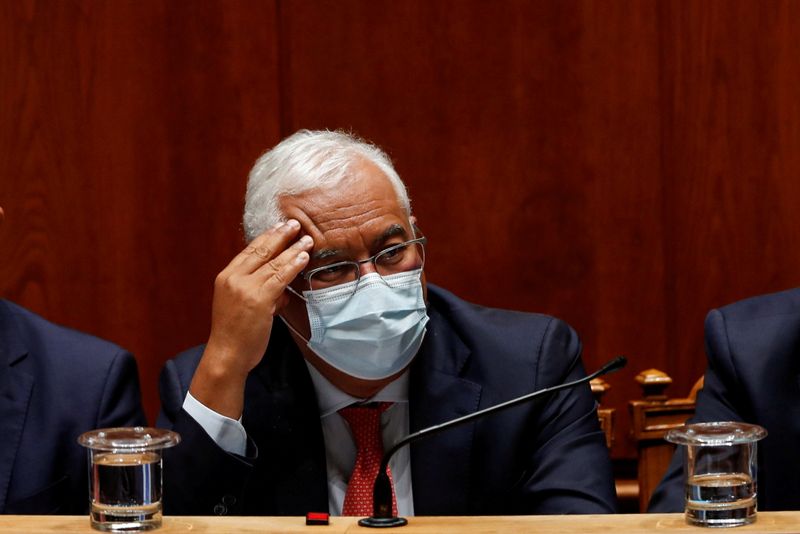