(Reuters) – Independent directors of Rogers Communications, which is embroiled in a boardroom battle, had criticized former chairman Edward Rogers for trying to “insert himself as the de-facto CEO” and jeopardizing the planned C$20 billion ($16.1 billion) takeover of Shaw Communications, court documents showed on Friday.

Rogers Communications, Canada’s largest telecommunications company, is rocked by a family feud, sparking a bitter public battle for control of the board, just as the company is navigating its biggest-ever acquisition. The two rival factions will face off in the Supreme Court of British Columbia on Monday where the judge will decide the legitimate board.

The spat was triggered after Edward Rogers, son of late founder Ted Rogers, tried to remove Chief Executive Officer Joe Natale in late September, claiming Natale struggled to turn around the business despite more than four years as CEO.

That put Edward at odds with his mother and two sisters, who backed Natale, and resulted in his removal as chairman of Rogers. Edward Rogers retaliated by using his position as chair of the Rogers Control Trust, the family-owned entity that owns the majority of voting shares in the company, to constitute a new board, which recognized him as chairman.


In an affidavit submitted to the Supreme Court of British Columbia, Loretta Rogers said her decision to move a motion to remove Edward Rogers followed media reports that he was trying to remove five independent directors by written resolution, contrary to Ted Rogers’ wishes.

The family dispute playing out in public is a rare occurrence in Canada and has caught analysts and investors by surprise, weighed on the company stock and attracted regulator’s attention.

The matriarch of the controlling family of Rogers Communications also said the independent directors had sought to create safeguards to prevent Edwards’ meddling from damaging the company. She said Edward disregarded all checks and balances in trying to remove independent directors, and without a shareholders meeting and against the business judgment of a majority of the board of directors.

A spokesman for Edwards Rogers and Rogers Communications declined to comment. 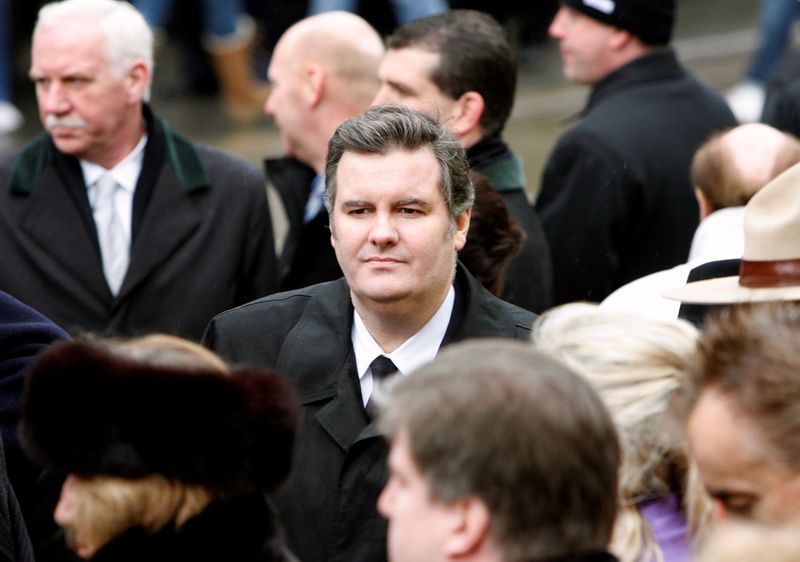 Toyota to curb more production in Japan as COVID spreads