GENEVA -Tedros Adhanom Ghebreyesus, who has steered the global response to the COVID-19 pandemic, is on course to serve a second five-year term as head of the World Health Organization (WHO) after being the only candidate nominated by 28 countries.

Tedros, a former health and foreign minister of Ethiopia, was the first African elected WHO director-general in May 2017.

The clean slate for the May election comes even as the European Commission suspending funding to WHO programmes in the Democratic Republic of Congo over a major sexual abuse scandal, as reported exclusively by Reuters on Thursday.

Some 83 aid workers, a quarter of them employed by the WHO, were involved in sexual exploitation and abuse during Congo’s 2018-2020 Ebola epidemic, an independent probe said last month.

Health ministers from the WHO’s 194 member states are also due to hold an exceptional assembly in November amid mounting pressure for reform pursuant to the organisation’s handling of the pandemic.

Tedros drew support from France and Germany, among other European Union members, and three African countries – Botswana, Kenya and Rwanda – the official nomination list showed. Britain, China, Russia and the United States were not among them.

“WHO can announce that a single candidate was proposed by member states by the 23 September 2021 deadline: Dr Tedros Adhanom Ghebreyesus, who is the incumbent director-general,” the agency said in a statement. The nominations were kept secret to limit lengthy campaigning.

Earlier, the agency sent a letter to member states informing them of the confidential nominations contained in the sealed envelopes submitted by the deadline

Ethiopia declined to nominate Tedros for a second term due to friction over the conflict in the Tigray region of northern Ethiopia, making it necessary for other countries to step in and do so.

The issue is so sensitive that the African Union has not even discussed the appointment, including at its latest summit this month, African diplomats said.

Tedros has led the global response to COVID-19, the worst public health crisis in a century, which broke out in the central Chinese city of Wuhan in late 2019 and has killed 5.2 million people.

The United States, under former President Donald Trump, accused him of being “China-centric”, a charge he denies.

But he annoyed China with public calls in July for it to share Wuhan lab audits and provide more data on early COVID-19 cases. WHO investigators have yet to regain access to the country to probe the origins of coronavirus.

The United States and Germany have led major donors in demanding fundamental reforms to the WHO’s structure, financing and capacity to deal with outbreaks.

The European Commission informed the WHO on Oct. 7 that it was immediately suspending funding to its Congo programmes due to concerns over its handling of the sexual abuse scandal. Tedros went to Congo 14 times during the epidemic but says that he was unaware of the allegations.

“We have received the (EU) letter and we are now considering a response,” WHO spokesperson Margaret Harris told a briefing on Friday.

A European source, asked whether the Congo scandal could have an impact on Tedros’ re-election, said: “Nope. He personally is taking the right steps and measures. As long as there is not a direct link to him. Which I don’t see.”

An African ambassador in Geneva, declining to be identified, said: “Dr. Tedros has done a very good job dealing with a severe pandemic with severe repercussions. He has tried to contribute within the capacity and the resources of WHO and to realize a more equitable distribution of vaccines at the global level.”

“He is a friend of Africa, he has done a lot of work and deserves a lot of support,” the ambassador said.

Norwegian Prime Minister Jonas Gahr Stoere, speaking at a news briefing with Tedros on Thursday, where the WHO launched a $23.4 billion plan to bring COVID-19 vaccines and drugs to poorer countries, told him:

“I wish you all luck in your endeavour and I salute your staying power and your ability to keep focus on this agenda, servicing your broad membership and the whole world.” 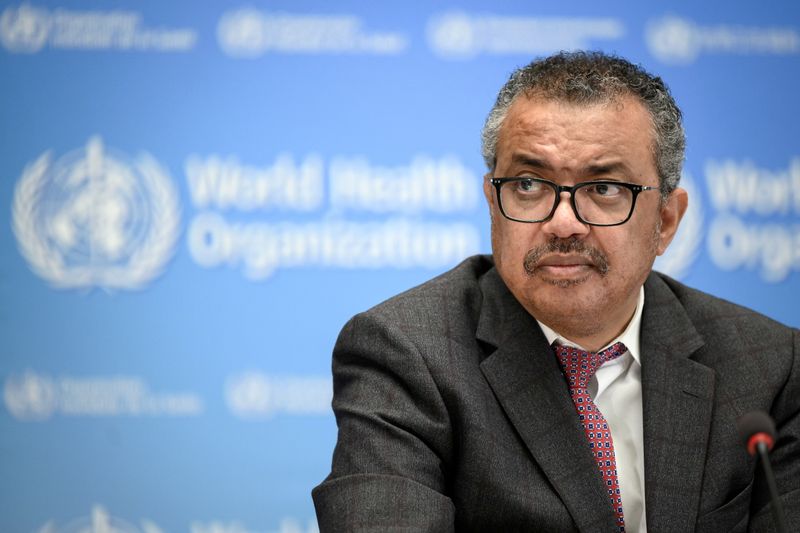