By Yoruk Bahceli and Tommy Wilkes

Time will tell who has it right. What’s for sure is many bond investors were caught out by fears that central banks, despite their inflation-is-transitory mantra, may end up tightening policy sooner than signalled.

A timid message from the European Central Bank, a hawkish one in Canada and the Reserve Bank of Australia’s reluctance to defend its 0.1% T-bill yield target all helped light a fire under short-dated debt yields. Those in Germany and the United States zipped to their highest since last March while Australian bill yields saw their biggest three-day surge since 1996.

Ordinarily, such moves would cause significant disruption across asset classes.

But instead they have barely registered, with the S&P 500 equity index hitting a record high on Thursday. While stocks fell on Friday, losses are relatively muted and Lipper data shows that in the week to Wednesday, investors purchased equities at the fastest pace since March.

Some attribute the sanguine reaction to falling yields on longer-dated bonds, which has flattened yield curves and appears to signal that swift central bank action will in time quash inflationary pressures.

And “real” bond yields, adjusted for inflation, remain deeply negative: despite a surge on Friday they remain around -1% and -2% in the United States and Germany respectively.

“It’s surprising that stocks have not responded more but with real yields so negative, markets are not too worried,” said Charles Diebel, head of fixed income at Mediolanum International Funds.

“If you decompose the forward curve on inflation it’s about the near-term pressure on inflation … so breakevens are moving up but central banks are starting to respond, which means slower activity and meaning inflation will not be a problem in the longer-term.”

Breakevens refer to the difference between nominal and inflation-linked bond yields and are often used as a market gauge of inflation expectations.

“(Low real rates), I think that is having an effect on markets in the sense that it’s creating the ‘TINA’ effect: There Is No Alternative to buy higher-yielding securities,” said Barnaby Martin, head of credit strategy at BofA in London.

The short-dated bond moves are also partly down to positioning. Traders caught out by the yield rise had to dump their positions, exacerbating the selloff and making some pricing look far-fetched.

Traders now expect the United Kingdom and Canada to raise interest rates by more than 100 basis points over the next 12 months. Even the ultra-dovish European Central Bank is seen hiking twice by October 2022.

Chris Iggo at AXA Investment Managers expects higher rates to tighten financial conditions a little but said it would be akin to “normalisation, in a sense because we’re going to pre-COVID conditions”.

“It’s typical mid-cycle type of economic conditions, where inflation has gone up a bit, rates have gone up, growth starts to slow, but it’s not a recession yet.”

And if serious growth concerns do emerge, many remain confident of the central bank “put”.

“The real widening (in stocks and corporate spreads) would come on a recession, not so much rates risk, just because we’ve seen time and time again that if markets begin struggling because of interest rate fears, central banks try to push back dovishly again,” Martin of BofA said.

But bond repricing should eventually ripple out more broadly, meaning some pain is inevitable.

“Expect tantrums in risk if central banks respond to inflation – and tantrums in bonds if they don’t,” Citi strategist Matt King told clients. 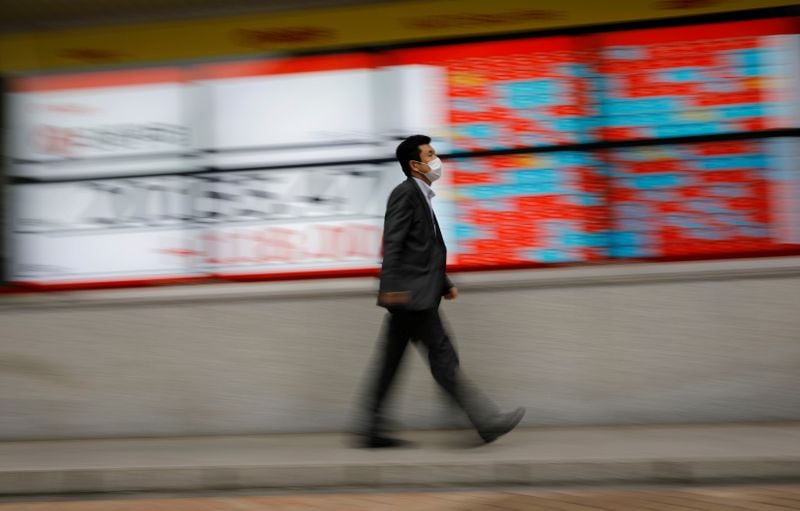