DUBAI – Saudi Arabia’s foreign minister said on Saturday the latest crisis with Lebanon has its origins in a Lebanese political setup that reinforces the dominance of the Iran-backed Hezbollah armed group and continues to allow endemic instability.

“I think the issue is far broader than the current situation,” Prince Faisal bin Farhan Al Saud told Reuters in a phone interview. “I think it’s important that the government in Lebanon or the Lebanese establishment forges a path forward that frees Lebanon from the current political construct, which reinforces the dominance of Hezbollah.”

He said this setup “is weakening state institutions within Lebanon, in a way that makes Lebanon continue to process in a direction against the interests of the people of Lebanon.”

The row has triggered calls by some Lebanese politicians for the resignation of Kordahi, while others opposed such a move, which could undermine the government as a whole.

Kordahi has been publicly backed by Hezbollah and has declined to apologise or resign over the comments.


Saudi Arabia has shunned Lebanon for years because of the strong influence in state affairs of Shi’ite group Hezbollah, which it accuses of sending fighters to Yemen and Syria.

Iran and Saudi Arabia, the leading Shi’ite and Sunni Muslim powers in the Middle East, have been rivals for years but they launched a series of talks this year hoping to defuse tensions.

“We’ve had four rounds of talks so far. The talks are cordial but remain in an exploratory vein. We continue to hope that they will produce tangible progress … but so far, we have not made sufficient progress to be optimistic,” Prince Faisal said.

Asked if there will be another round of talks, the minister said nothing had been scheduled, “but we are open to continue”.

As part of efforts to ease tensions, Teheran and Riyadh have engaged on how to end the seven-year conflict in Yemen, where tens of thousands have been killed and millions are at risk of starvation.

The war has also strained relations between Riyadh and its traditional ally Washington, as U.S. President Joe Biden has made ending the war his top foreign policy priority.

Facing intense U.S. pressure to end a blockade of Yemeni ports that its Houthi enemies say is an obstacle to ceasefire talks, the kingdom is seeking Washington’s help in bolstering its defences, sources have told Reuters.

“So I would disagree with that characterization (of strained relations). I think when it comes to Yemen, we with the U.S. are on the same page, we both support a comprehensive ceasefire, we both support a political process to resolve the conflict,” Prince Faisal said.

“I think it’s clear that the kingdom is committed to a ceasefire and it’s up to the Houthis to decide to sign on for that and we would not tie any discussions about our defensive capabilities to a ceasefire.” 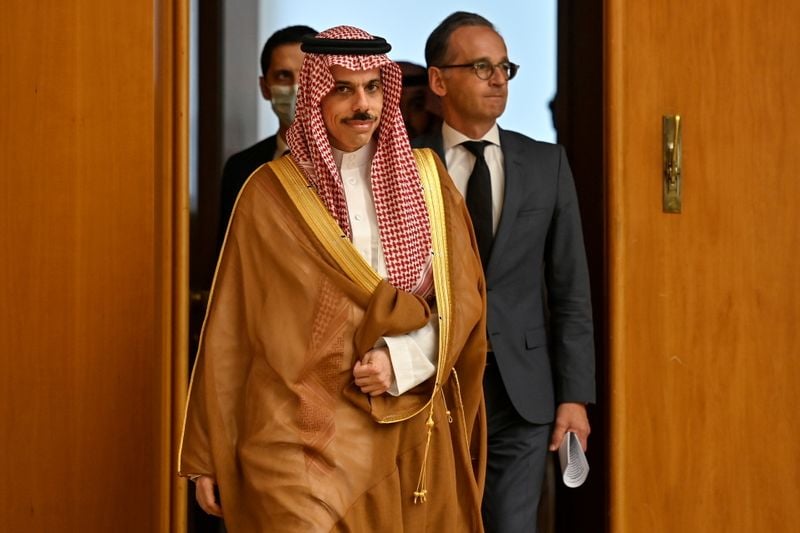