– In mid September, Rogers Communications Inc CEO Joe Natale called his then finance chief Tony Staffieri, who was discussing a secret plan to shake up Canada’s biggest telecom company’s board and senior management, including Natale.

That left the line open for 21 minutes as Natale listened to Staffieri detail the big upcoming management reshuffle which ex-chairman Edward Rogers had plotted, according to an affidavit filed by Rogers Chairman John MacDonald.

MacDonald’s affidavit follows an Oct. 26 submission by Edward Rogers to the Supreme Court of British Columbia as the two factions fight for control of Rogers Communications’ board. A hearing is due on Monday.

Soon after the call Natale convened a meeting with independent directors to discuss what he had overheard. He told them he had lost confidence in Staffieri and sought his termination.

Less than two weeks later, Staffieri left the company, even as Rogers was navigating its biggest ever M&A, the C$20 billion ($16.1 billion) bid for smaller rival Shaw Communications.

Staffieri’s departure did not stop Edward, the only son of the company’s late founder Ted Rogers, from pursuing his plans. In the ensuing battle, the board of directors, including his mother and two sisters, voted to remove Edward as chairman and replace him with lead independent director MacDonald, who backed Natale as CEO.

The details and the timeline revealed in MacDonald and Edward’s affidavit capture the turmoil gripping Rogers Communications, and the wide rift and lack of trust within the family.

Differences within company boards and wealthy families are not unusual, but such a spat playing out in the open is rare in Canada and has caught investors and analysts by surprise and attracted the attention of regulators.

It has also weighed on Rogers shares, which are down 2.9% this year, compared with 17% gains for BCE Inc and a 12.6% rise for Telus Corp in the same period.

S&P Global Ratings said the distractions could hinder Rogers’ ability to raise capital while also navigating regulatory hurdles before it can complete the Shaw deal.

Responding to his removal as chairman, Edward used his position as chair of the family-owned Rogers Control Trust, which owns the majority of voting shares in the company, to constitute a new board, which recognized him as chairman. He then petitioned the Supreme Court of British Columbia, where the company is incorporated, to legitimize the new board.

The sequence of events outlined in court filings differ, but the common thread is Edward apparently falling out with the family’s matriarch, Loretta Rogers, as well as with his sisters Melinda Rogers-Hixon and Martha Rogers.

Spokesmen for Edward Rogers and other family members declined to comment, while Rogers Communications was not available for immediate comment.

In his affidavit, Edward said Natale had failed to turnaround the business and that the board agreed to replace Natale as CEO. Loretta Rogers said her decision initially to support Edward was based on wrong and incomplete information provided by Edward, and that she changed her view on learning additional facts and continues to back Natale.

In MacDonald’s affidavit he said the board and family members had not voted to terminate Natale, and that instead they believed he had “exceeded his goals” as CEO.

(This story has been refiled to add editing credit) 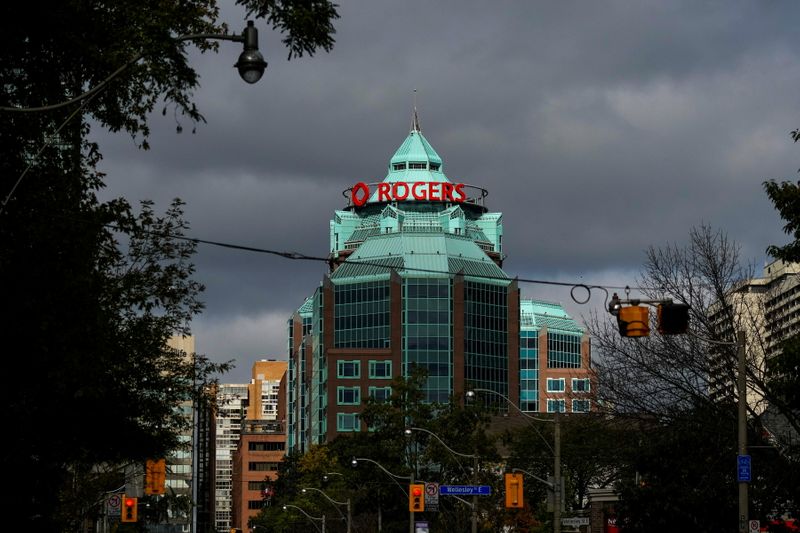