By Tyler Clifford and Dan Whitcomb

NEW YORK -The head of the New York City firefighters union said on Wednesday he had told unvaccinated members to report for duty regardless of an order by Mayor Bill de Blasio to place them on unpaid leave if they fail to get the COVID-19 shot.

New York City firefighters who have risked their own health to save lives during the coronavirus pandemic felt “insulted” by de Blasio’s order to get the shot or face suspension, said Andrew Ansbro, president of the Uniformed Firefighters Association.

Last week de Blasio gave some 50,000 employees of New York City a deadline of 5 p.m. on Friday to submit proof of vaccination against COVID-19. Those who fail to show proof could be sent home without pay.

De Blasio could not be reached for comment by Reuters on Wednesday.

Police and firefighters joined thousands of protesters against the mandates who marched across the Brooklyn Bridge earlier this week to demonstrate their opposition to the move.

The Police Benevolent Association, which filed a lawsuit against the vaccine mandate on Monday, said on Twitter that the union would appeal Wednesday’s decision by the state Supreme Court judge.

“Today’s ruling sets the city up for a real crisis,” Patrick Lynch, the president of the police union, said late on Wednesday.

The New York City Fire Department (FDNY) has about 17,000 employees, including emergency medical services staff, firefighters and civilian employees. About 68% of them have been vaccinated, according to the department.

Based on current vaccination rates and the threat of unpaid leave, the city could see up to 20% of fire units close and fewer ambulances on the road, the department said.

The FDNY said it plans to mitigate staffing shortages by enforcing mandatory overtime, canceling vacations and reassigning employees to other roles. 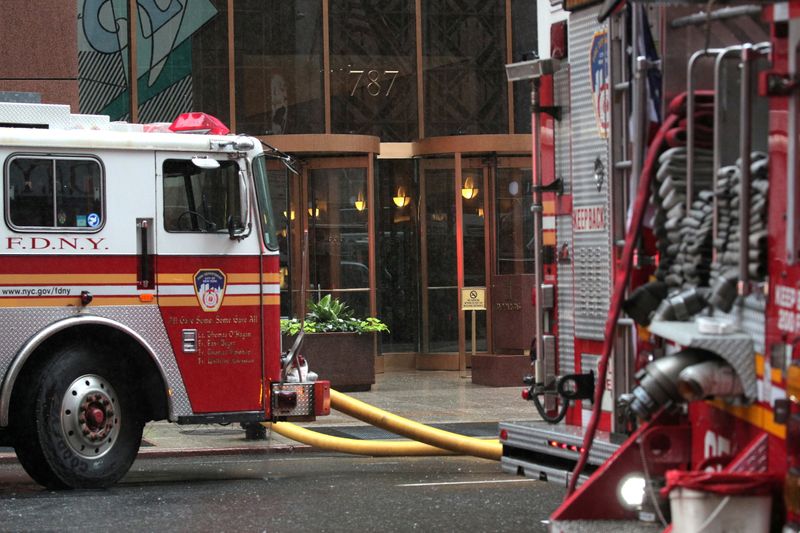