KABUL – The Taliban called on the United States and other countries on Saturday to recognise their government in Afghanistan, saying that a failure to do so and the continued freezing of Afghan funds abroad would lead to problems not only for the country but for the world.

No country has formally recognised the Taliban government since the insurgents took over the country in August, while billions of dollars in Afghan assets and funds abroad have also been frozen, even as the country faces severe economic and humanitarian crises.

“Our message to America is, if unrecognition continues, Afghan problems continue, it is the problem of the region and could turn into a problem for the world,” Taliban spokesman Zabihullah Mujahid told journalists at a news conference on Saturday.

He said the reason the Taliban and the United States went to war last time was also because the two did not have formal diplomatic ties.

He added that recognition was the right of the Afghan people.

While no country has recognised the Taliban government, senior officials from a number of countries have met with the movement’s leadership both in Kabul and abroad.

The latest visit was by Turkmen Foreign Minister Rasit Meredow, who was in Kabul on Saturday. The two sides discussed the speedy implementation of the Turkmenistan-Afghanistan-Pakistan-India (TAPI) gas pipeline, Mujahid said earlier on Twitter.

Mujahid also spoke at length about the issues facing border crossings, particularly with Pakistan, which have seen frequent closures and protests in recent days. The crossings are crucial for landlocked Afghanistan.

He said serious talks on the matter were held when Pakistan’s foreign minister had travelled to Kabul last week. 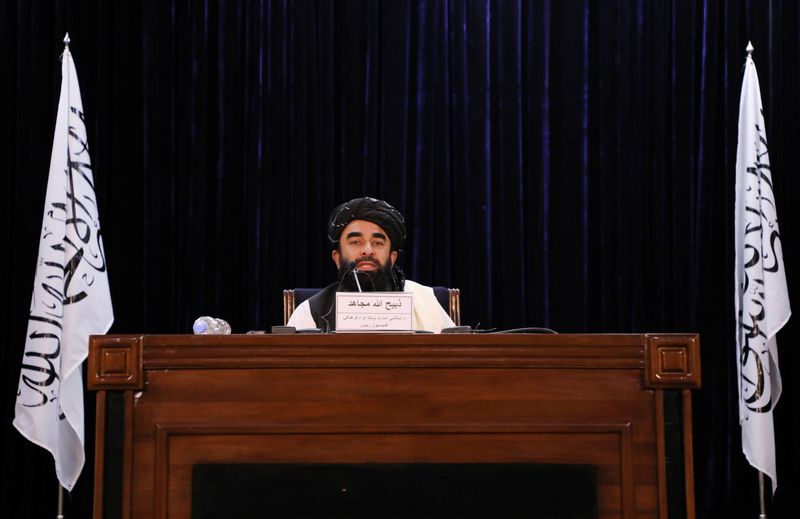