ROME – World Bank President David Malpass on Saturday called on leaders of the Group of 20 rich nations to speed up work on debt restructuring for low-income countries, including a freeze on debt payments and mandatory participation of private creditors.

Malpass told G20 leaders meeting in Rome that progress on dealing with the debt of the poorest countries has stalled and urgent efforts are needed to jumpstart the process.

G20 leaders pledged to step up their efforts to implement the Common Framework on Debt Treatments and stressed the importance of private-sector participation, but failed to include any language on a new debt standstill, according to the text of their communique, which was seen by Reuters.

Several countries including China – the world’s biggest creditor, accounting for 65% of official bilateral debt – have opposed a new freeze in debt service payments.

Malpass, who this month called for adding a freeze in debt-service payments to the Common Framework, said developing nations face problems disrupting economic recovery including the COVID-19 pandemic and the scarcity of vaccines, as well as inflation, energy shortages and a breakdown of the supply chain.

“The multiple problems are causing devastating reversals in development,” Malpass said, citing rising poverty rates and increasing fragility in dozens of countries including Sudan, even as the debt of low-income countries rose 12% during the pandemic, reducing their ability to invest in anything else.


“Progress on debt has stalled,” Malpass said. “I urge you to explicitly accelerate the implementation of the Common Framework, request transparency and reconciliation of debt, and require the participation of private creditors.”

(Reporting by Andrea Shalal, additional reporting by Jan Strupczewski; editing by Gavin Jones and Will Dunham) 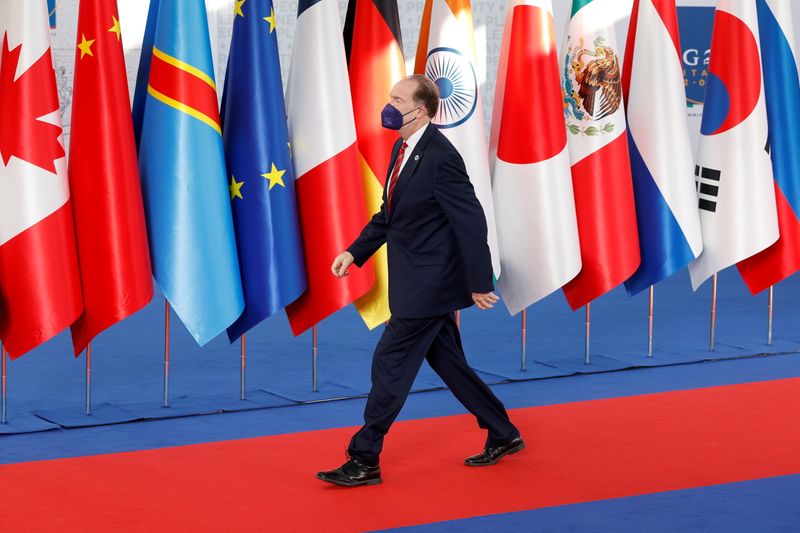