PRISTINA (Reuters) -North Macedonia’s Prime Minister Zoran Zaev resigned on Sunday after his party lost the second round of mayoral elections in several towns in the country, including the capital Skopje.

“I take responsibility for these developments. I resign from the post of prime minister and party president,” Zaev, whose Social Democrats are leading the ruling coalition, said in a press conference broadcast by local media.

Zaev said there was no need for an early election. By law the coalition could agree on another candidate for prime minister and form the government without a new vote.

The leader of the nationalist opposition VMRO-DPMNE party, Hristijan Mickoski, has called for a snap election.

Last year in a parliamentary vote a party alliance led by the Zaev’s Social Democrats squeaked to a narrow victory ahead of VMRO-DPMNE.

Zaev had led the government of the former Yugoslav republic since 2017 and put the country on a path toward EU membership by agreeing to add “North” to its name.

That resolved a decades-old stand-off with Greece, which had viewed the name Macedonia as a claim on its province of the same name, and had blocked its neighbour’s entry into both the EU and NATO. Newly renamed North Macedonia joined NATO last year.

The EU has not given a green light for negotiations yet.

Florian Bieber, a Balkans expert at the University of Graz, wrote on Twitter that Zaev’s party’s defeat in the mayoral elections “was in part self-inflicted (bad campaign, stagnating reforms) and due to failure of EU to deliver.”

“No clear successor & will a new PM have momentum to re-start serious reforms?” he wrote. 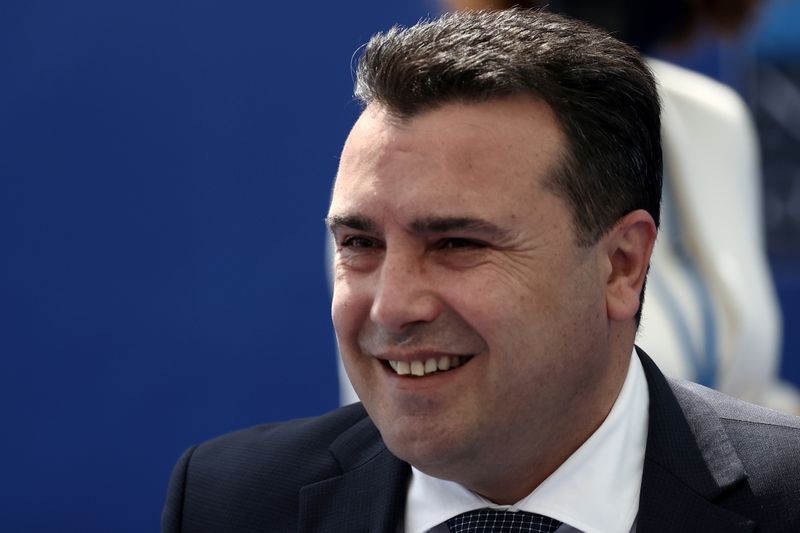