(Reuters) -Chelsea moved three points clear at the top of the Premier League after Manchester City lost 2-0 at home to Crystal Palace and Liverpool were held to a 2-2 draw by Brighton & Hove Albion on Saturday.

Manchester United repaired some of the damage from their 5-0 hammering by Liverpool last week as they ran out 3-0 winners at Tottenham Hotspur to move into fifth place.

Thomas Tuchel’s Chelsea coasted to a 3-0 win at struggling Newcastle United with Reece James scoring twice before a Jorginho penalty wrapped up the victory.

The West London club have 25 points from 10 games with Liverpool three points behind and champions City two further back. United have 17 points along with West Ham United who travel to Aston Villa on Sunday.

Tuchel was pleased with the patience his team showed in a goalless first half but refused to celebrate the points dropped by their title rivals.

“It is a good day because of us. I believe what goes around comes around and I don’t feel happy to celebrate other performances and results. We should be focused on ourselves,” he said.

“There is a long way to go and we know what we consistently need to produce to be able to have results,” added the German.

City fell behind to a Wilfried Zaha goal in the sixth minute and had defender Aymeric Laporte sent off for denying Zaha a goalscoring opportunity on the stroke of halftime.

Gabriel Jesus had an effort for City disallowed for offside by VAR before Conor Gallagher secured the surprise victory for Palace.

“We need to do everything right but the players showed character. Unfortunately it went wrong in many many things,” said City manager Pep Guardiola.

Liverpool, on a high after thrashing United, were brought back down to earth by Brighton at Anfield.

Jordan Henderson and Sadio Mane put Juergen Klopp’s side in control but Zambian midfielder Enock Mwepu brought Brighton back into the game with a delightful long-range effort that sailed over Liverpool goalkeeper Alisson Becker.

Brighton gained the upper hand after the break and drew level in the 65th minute when Leandro Trossard side-stepped his marker and drove a low shot past Alisson.

Three goals were ruled out after VAR checks, Mane having one chalked off for handball and Salah another for offside while Trossard’s effort was also scrapped for offside.

“It feels like a defeat,” Liverpool manager Juergen Klopp said. “It’s not only because we were 2-0 up and didn’t win, it’s because the game I saw, we scored two of the most beautiful goals I’ve ever seen us score, which were disallowed,” he added.

“In the second half, we were not good enough. The body language I didn’t like it all. It was like ‘oh my God, it’s really tough’,” Klopp said.

United manager Ole Gunnar Solskjaer deflected the spotlight away from himself and on to Tottenham’s Nuno Espirito Santo as goals by Cristiano Ronaldo, Edinson Cavani and Marcus Rashford eased them to a comfortable win in north London.

“Does this result mean they can move on from the Liverpool game? Of course it doesn’t,” he said. “That’s always going to be in the history books — one of the darkest days. A dark spot on our CV. But football becomes history so quickly.”

Arsenal, who lost their opening three games of the season, continued their resurgence with a 2-0 victory at Leicester City thanks to goals from Gabriel and Emile Smith Rowe, moving them to sixth in the table.

At the other end, Burnley picked up their first win of the season with a 3-1 victory over promoted Brentford, Ivorian Maxwel Cornet scoring his fourth goal in five appearances. 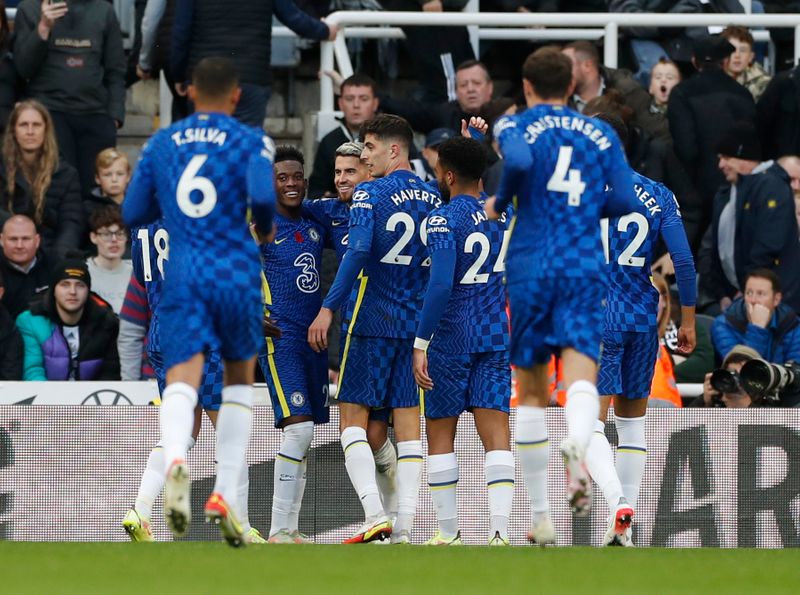 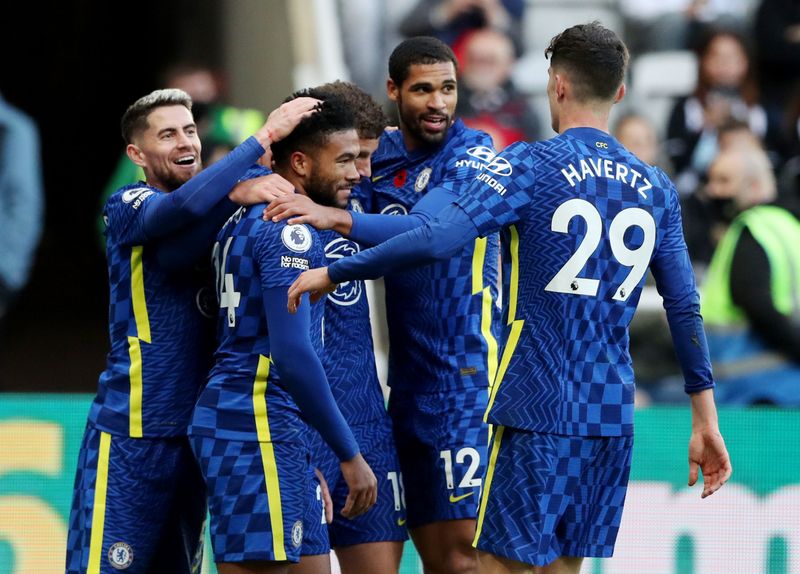 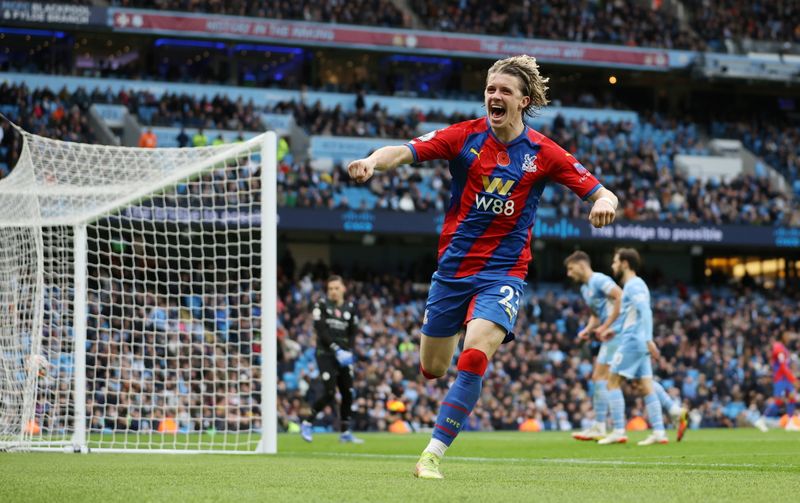 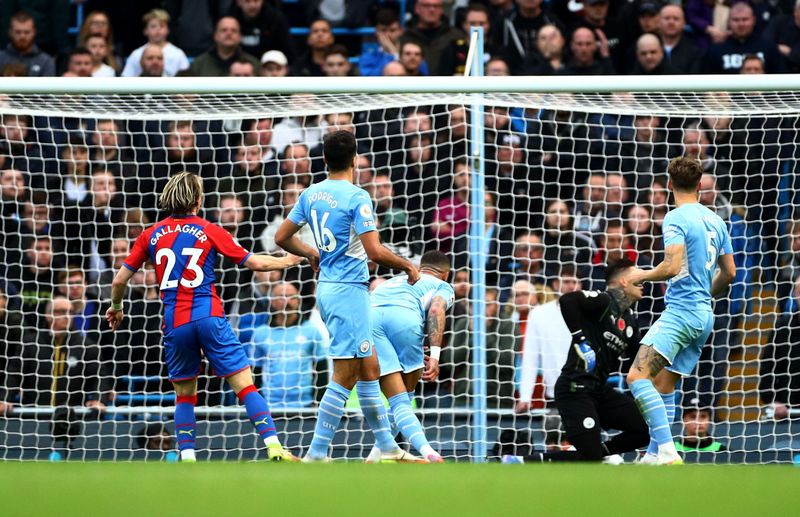 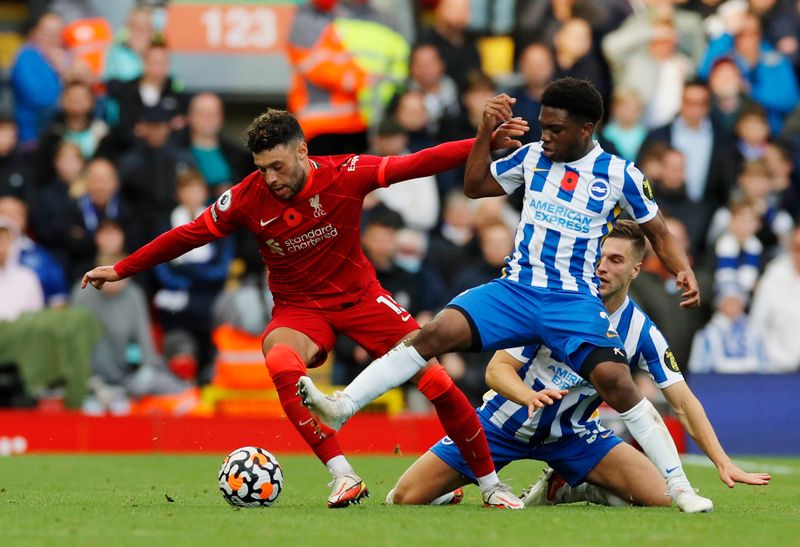 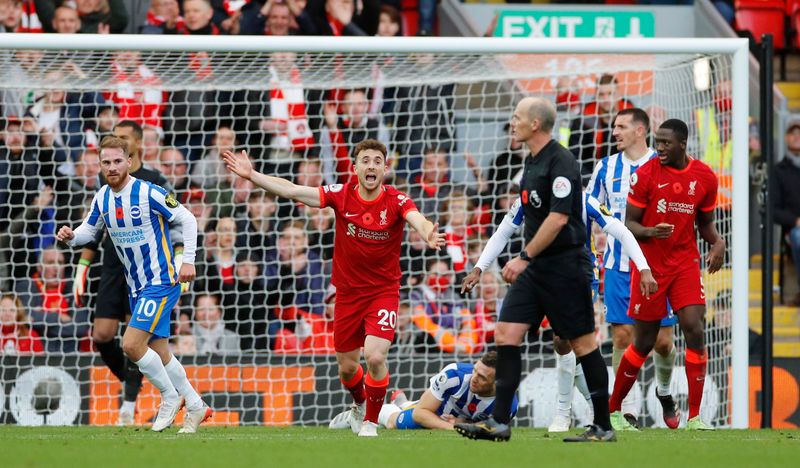