DUBLIN – U.S. Treasury Secretary Janet Yellen said President Joe Biden should pick an “experienced and credible” person as Federal Reserve chair to reassure markets, and while current chair Jerome Powell fit the bill, others would too.

Powell, a Republican placed in the job by former President Donald Trump, is widely favored to win reappointment to another term, and some economists and investors have fretted that financial markets could see turbulence if Biden picks another candidate.

Yellen, who has not publicly endorsed a candidate, told Reuters she gave her advice to the president and it was his decision to make. She declined to say if she supported Powell, as some media have reported.

Asked whether market concerns should factor into Biden’s decision, Yellen said Biden should pick someone seen as a credible and capable policymaker.

“I think Powell has acquired that reputation, but there are other candidates too, who I think would be similarly perceived,” she said aboard a government plane en route to Dublin after Group of 20 meetings in Rome.

“If the markets are upset because they think the person isn’t credible, then that’s a person who shouldn’t be appointed. The president should appoint someone who is experienced and credible.”


Yellen was the first woman to head the U.S. central bank, nominated by former President Barack Obama, and is now the country’s first female Treasury Secretary. All recent picks for the job have come in October or early November.

As an alternate, many progressives favor Fed Governor Lael Brainard, who served as a senior Treasury official in the Obama administration and was nominated by him to the Fed board in 2014.

Brainard is seen as somewhat more dovish than Powell in part because of her push to retain super-easy monetary policy until there is more progress on a recovery in employment following the downturn from COVID-19. Powell, though, also has signaled he would prefer to be patient in the face of recent high inflation to allow a firmer job market recovery to take hold.

Nonetheless, Fed policymakers are this week expected to announce plans to start reducing their pandemic-era accommodation, with a first step being a pull back in the volume of bonds they buy each month. Any increase in interest rates is still some months away.

Yellen said she hoped and expected Biden to make a decision “reasonably soon,” but said she could give no specific timeline.

Democratic Senator Sherrod Brown last week said Biden would probably advance a “whole slate” of nominees to the Fed Board, which may or may not include Powell, and ensure a greater emphasis on workers.


The Senate Banking Committee, which he chairs, oversees the Fed and must sign off on Fed nominees before they can be considered for approval by the Senate as a whole.

Powell’s term as Fed chair expires in February; the seven-member Fed Board also has one vacant seat and at least one and potentially two other seats that will open up in coming months. 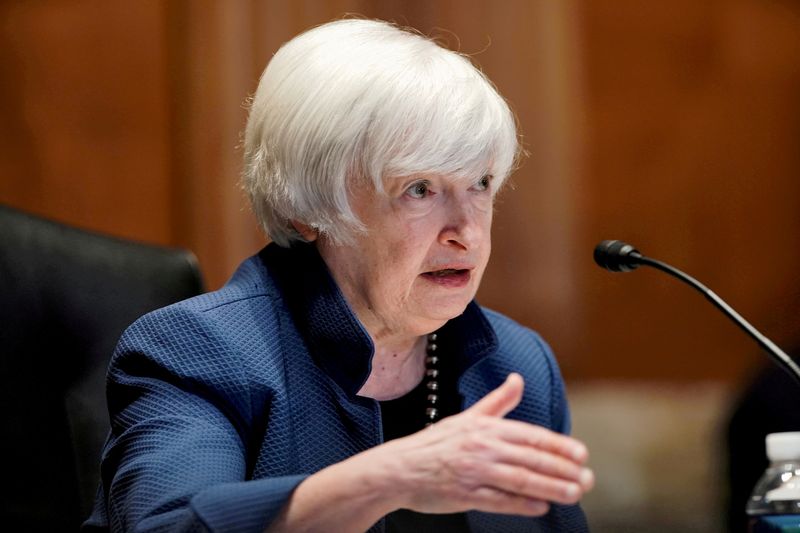