TRIPOLI (Reuters) – Italian student Edoardo Arione felt “a little afraid” when he joined a rare tourist group trip to Libya this month but he said he soon enjoyed the visit to desert cities and Roman ruins in a country unsettled by years of chaos.

Libya has had little peace and few tourists since the 2011 NATO-backed uprising against Muammar Gaddafi that unleashed a decade of violent unrest as armed groups seized control of territory and battles raged in its cities.

“My impression is the country is amazing. The landscape is just beautiful and so different from place to another,” said Farina Del Francia, 64, another of the tourists.

Libya has a rich heritage, including desert architecture in the south some of the Mediterranean region’s finest ancient remains along its coastline.


The tour group visited the southern city of Ghadames and the Acacus mountains, site of ancient rock art. Half the group also visited the Roman city of Sebratha. A trip to Leptis Magna, the best-known of Libya’s Roman sites, may feature on a future visit, the organisers said.

Despite a U.N.-backed peace plan, and a ceasefire since last year between the main eastern and western factions, however, any more widescale return of tourism seems unlikely.

Before Libya fell apart in 2011, difficult visa regimens meant only up to 25,000 tourists visited a year. Since the revolution, hardly any have risked a trip.

Fighting between the myriad armed forces sporadically erupts in various cities and the wider prospects of a political agreement to underpin stability remain highly fragile.

An election planned for December is still the subject of wrangling, and any major delay to the vote or dispute over its validity could plunge Libya back into full-blown civil war.

For Arione and the other tourists in his group, however, the visit was a success.

“Tourists can come to Libya and stay comfortable and not be afraid,” said Arione, 25, who was one of 70 mostly French and Italian visitors on the arranged trip.

Libya is home to five UNESCO World Heritage sites, but in 2016 it said they were endangered due to instability and conflict.

Tourism and Handicrafts Minister, Abdulsalam Al-Lahi thinks the decision was wrong, saying “archaeological sites or tourists are not in this degree of threat”.

The travel agency that brought the tourists, Murcia, said it had been working to arrange the trip since 2018. In a sign of how difficult such visits remain in Libya, it had to postpone it because of war in 2019. 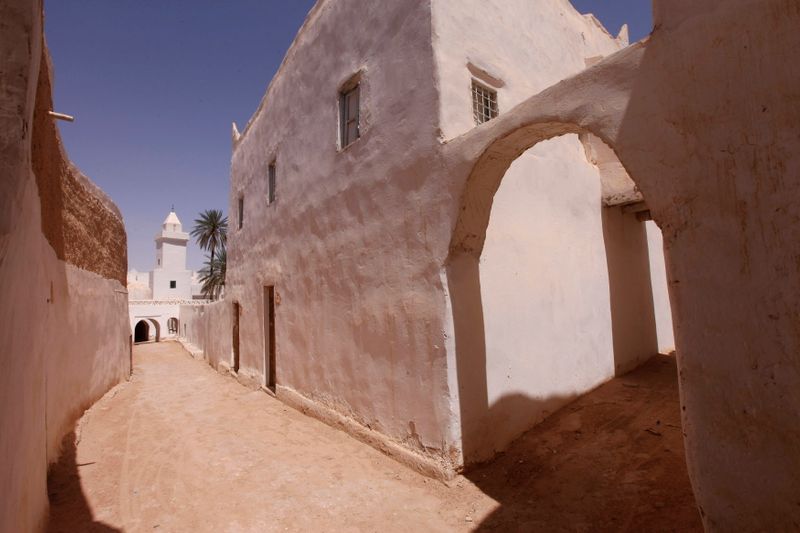