BANGKOK (Reuters) – Thailand’s largest opposition party has called for a parliamentary review of the country’s use of security legislation, including a strict royal insults law, after a surge in arrests of opponents of the government.

The Pheu Thai Party said the use of the laws to go after critics of Prime Minister Prayuth Chan-ocha, a former army chief who has been in power since a coup he led in 2014, had diminished public trust in the justice system.

The party is proposing parliament reexamine the ways in which the laws are used and amended, so that “prisoners of conscience” can be freed and trust in the system can be restored.

Its statement issued late on Sunday refers to laws including lese majeste, under section 112 of the criminal code, which makes insulting the king, queen, heir and regent a crime punishable by up to 15 years in prison.

At least 1,634 people, including 28 held in pre-trial detention, are facing charges related to Thai protests since last year against Prayuth, according to a tally compiled by the Thai Lawyers for Human Rights group.

Those include sedition, computer crimes violations and breaching a COVID-19 ban on gatherings.

At least 155 of those are charged with royal insult, 12 under 18 years of age, the group told Reuters.

The government has maintained those arrested had all broken laws.

The Pheu Thai proposal came after thousands of anti-government protesters gathered in Bangkok on Sunday to launch a campaign seeking a million signatures in support of the abolition of the royal insult law.

Parliament earlier this year rejected a proposal to amend the royal insult law, launched by 44 lawmakers from another opposition party, Move Forward.

Parliament said the proposal violated the constitution, which holds the king in a position of “revered worship”. 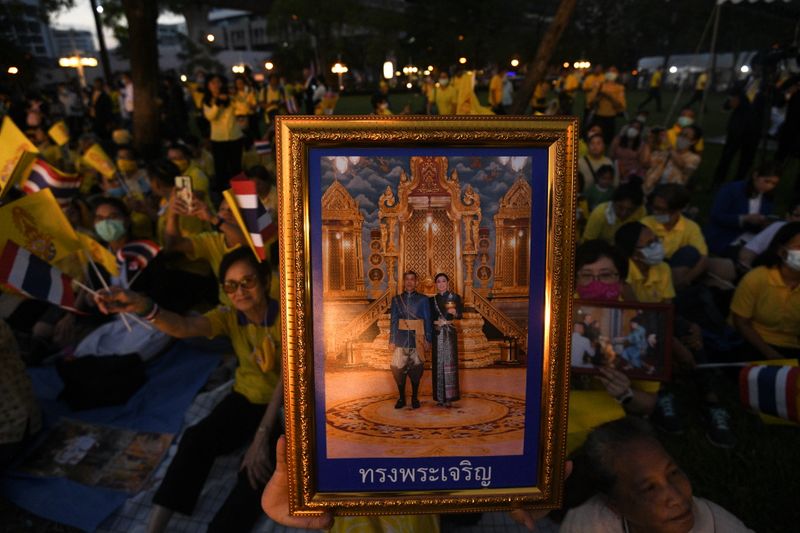