MEXICO CITY (Reuters) – A Cuban migrant was shot dead by the Mexican National Guard and four others were wounded after the vehicle they were in did not stop when ordered to do so, Mexican authorities said on Tuesday.

The shooting occurred early on Sunday in the southern state of Chiapas, in an area where a caravan of migrants was heading towards the U.S. border. About 3,000 people set off on foot last month from the city of Tapachula on the Guatemalan border. Many have rejected visas offered by Mexico, saying they distrust the authorities.

Mexico’s Human Rights Commission (CNDH) said it had opened an investigation into the shooting, which it said apparently took place when a vehicle ferrying migrants did not adhere to National Guard troops’ requests to stop.

“Elements of the National Guard attacked a group of foreigners with firearms, causing the death of a person of Cuban origin and injuring four more foreigners,” CNDH said in a statement late on Monday.

The National Guard confirmed in a statement that a person had been killed and four injured in the shooting. It said the pick-up truck on a dirt road failed to stop despite audio and visual signals requesting the driver to so do.

Basing their investigation on a complaint filed by non-governmental organization Pueblos Unidos Migrantes, CNDH said the incident occurred in the municipality of Pijijiapan during the transit of people as part of the migrant caravan in Chiapas.

The caravan, made up mostly of Central American and Caribbean migrants, has been making very slow progress amid extremely hot weather. Many members in the caravan have also fallen ill .

Mexico’s La Jornada newspaper said on Tuesday that the bulk of the caravan was now approaching Pijijiapan, about 1,000 km (620 miles) by road from the capital Mexico City. 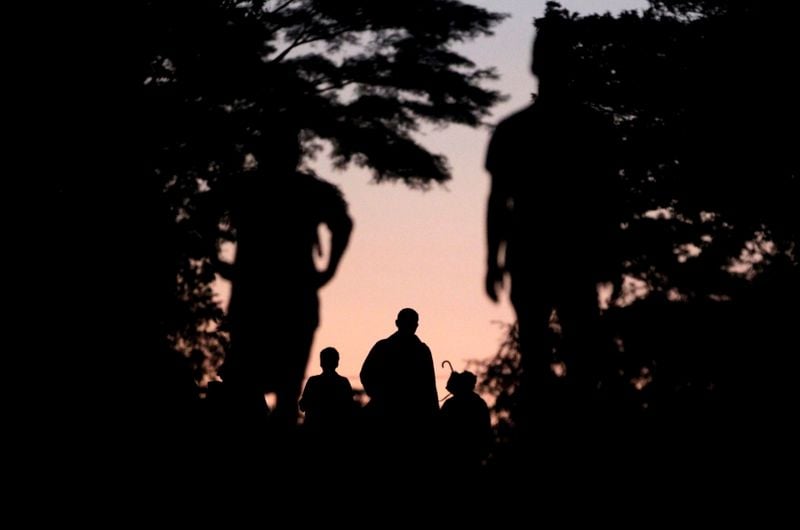