(Reuters) – Former Chicago Blackhawks assistant general manager Kevin Cheveldayoff on Tuesday distanced himself from the sex abuse scandal engulfing the National Hockey League, saying the matter involved harassment, not assault, and was being dealt with.

Cheveldayoff, the general manager for the Winnipeg Jets, was pushed hard during a 70-minute news conference to explain his view of findings in an independent investigation by the Blackhawks into allegations that former video coach Brad Aldrich sexually assaulted player Kyle Beach after he was called up from the minors during the 2010 Stanley Cup playoffs.

In the report, Aldrich stated that the encounter was consensual.

“What Kyle went through is unacceptable,” acknowledged Cheveldayoff, adding that it was not until this year that he became aware that Beach had been sexually assaulted. “Kyle was failed by a system that should have helped him but did not, I am sorry that my own assumptions about that system were clearly not good enough.

“Having had the opportunity to reflect after reading the report and after seeing Kyle’s moving interview I am sorry I cannot change what took place or how the process was handled back then.”

An explosive 107-page report released Oct. 26 detailed a lack of action by Blackhawks management, who were made aware of the Beach allegations but did not deal with the matter while playing in the Stanley Cup finals.

After winning the Stanley Cup, the Blackhawks offered Aldrich the choice of an investigation or resigning. He resigned.

Beach, a first-round draft pick who never played a game for Chicago, sued the Blackhawks in May 2021 and revealed himself as the victim of alleged assault on Oct. 27 during an emotional interview with Canadian sports network TSN.

According to the report, Cheveldayoff was among executives who met on May 23, 2010, to discuss the sexual assault allegations.

While many in that meeting have lost their jobs or resigned, including general manager Stan Bowman and Florida Panthers coach Joel Quenneville, who was coach of the Blackhawks at the time, Cheveldayoff has been exonerated by both NHL commissioner Gary Bettman and Jets co-owner and chairman Mark Chipman.

Bettman on Friday cleared Cheveldayoff of any culpability, saying his role with the Blackhawks left him “without authority to make appropriate organizational decisions relating to this matter”.

As more details of the handling of the Beach case surface, the NHL and Bettman are coming under fire, with growing calls for the commissioner to step down.

(Reporting by Steve Keating in Toronto. Editing by Gerry Doyle) 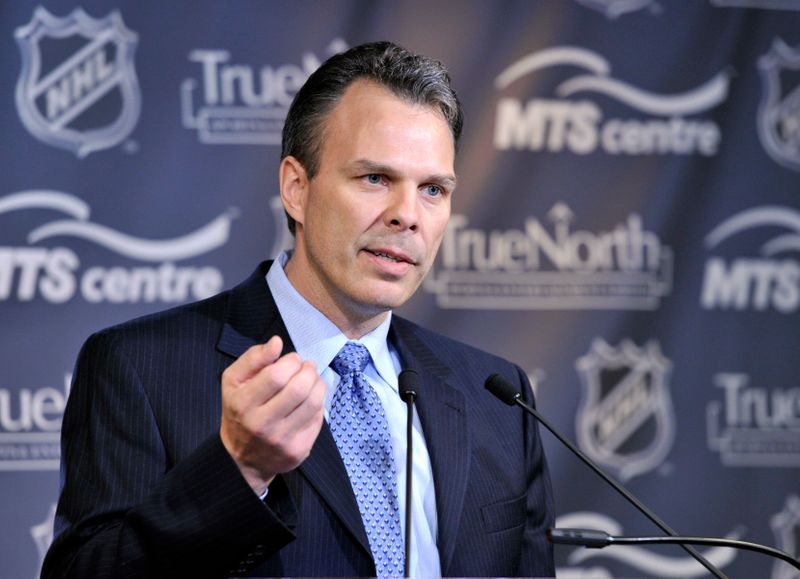