MEXICO CITY – Holding aloft crosses bearing the names of murdered women, hundreds of people marched in Mexico’s capital on Wednesday to protest violence against women amidst a steady nationwide increase in femicides.

Chanting “We are your voice,” organizers used megaphones to read out the names of murdered women in downtown Mexico City.

The “Day of Dead Women” march took place a day after Mexico’s national holiday Day of the Dead. About 500 people took part in the protest, according to a Reuters witness.

Some 762 women were murdered between January and September this year, a 5% rise from the same period in 2020, according to government data https://www.gob.mx/sesnsp/acciones-y-programas/victimas-nueva-metodologia?state=published published in October.

The recent uptick continues the 130% increase in femicides from 2015 to 2020 that has sparked widespread protests calling for urgent action to stop the violence.

From 2015 to 2018, the year President Andres Manuel Lopez Obrador took office, annual femicides went from 427 to over 900 and have only increased each year of his administration.

Security Minister Rosa Icela Rodriguez earlier in the day touted a decline in femicides between August and September this year, adding the government has opened 73 centers for women’s justice across Mexico to help female victims of violence.

Emergency calls related to violence against women in Mexico rose more than 30% https://www.reuters.com/article/us-mexico-women-violence-trfn/emergency-calls-on-violence-against-women-spiked-in-mexico-in-2020-idUSKBN29U2FH in 2020, as COVID-19 lockdowns kept families stuck at home.

In March, protesters wrote the names of femicide victims on barricades erected outside the National Palace and clashed with riot police https://www.reuters.com/article/us-womens-day-mexico-march/women-march-in-mexico-to-make-their-voices-heard-seek-justice-idUSKBN2B02CO on International Women’s Day. 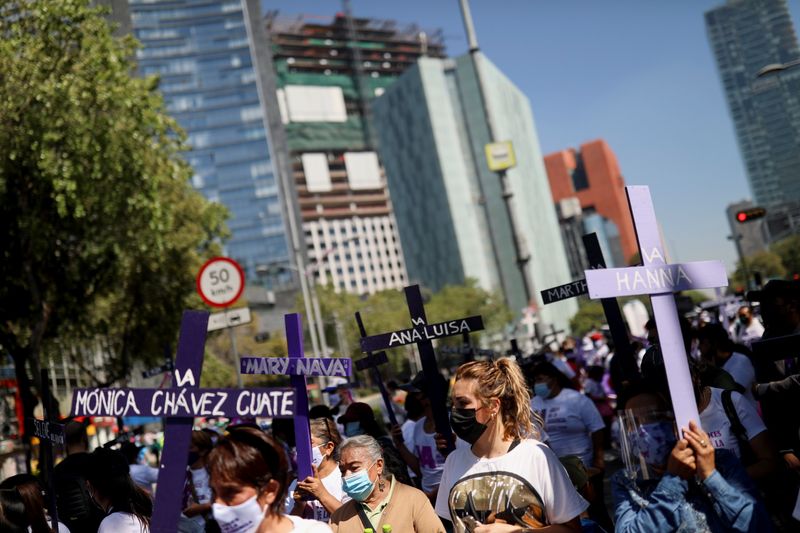 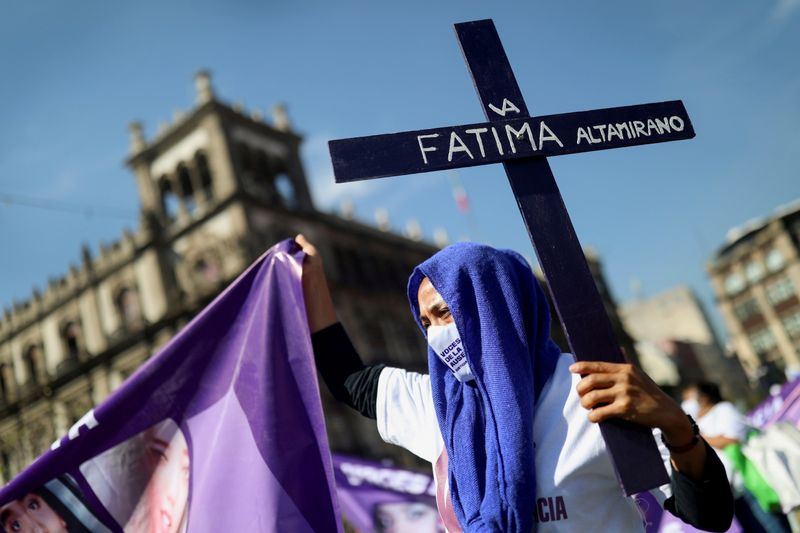 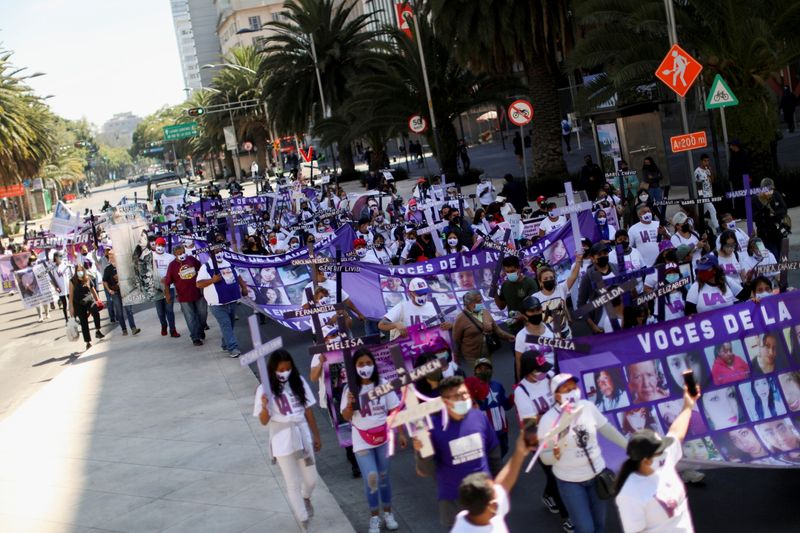 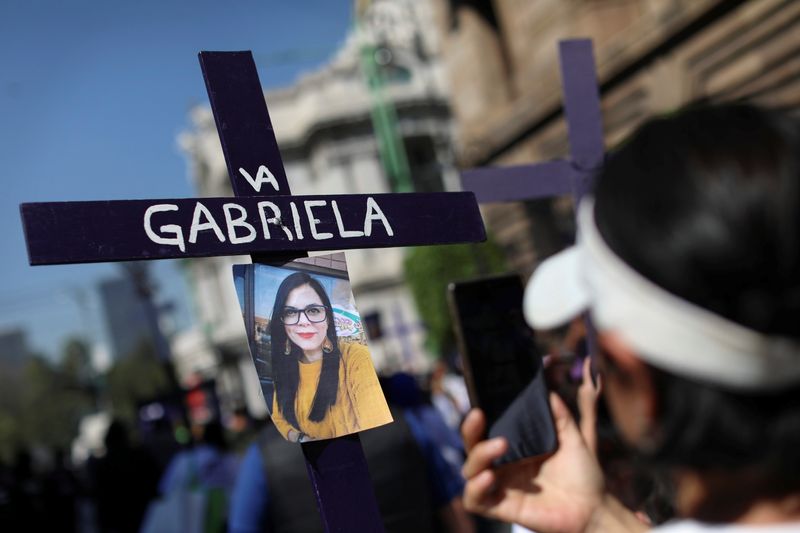 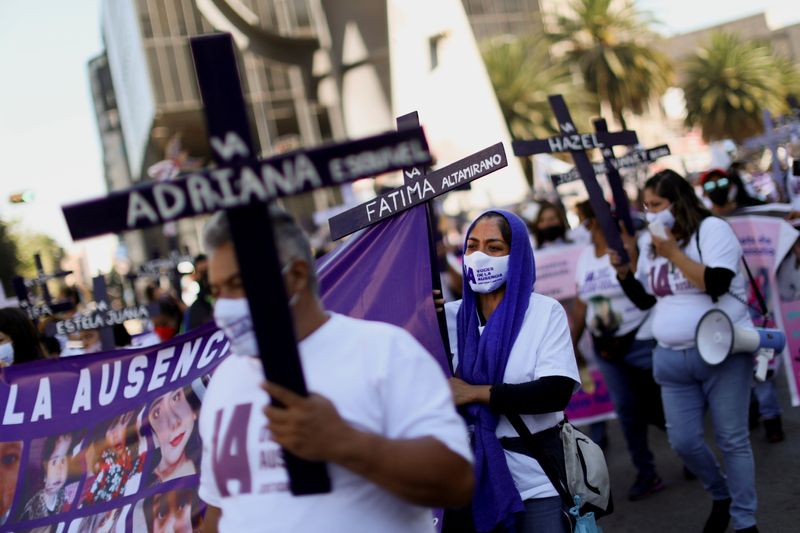