HAMBURG (Reuters) -A specially convened Volkswagen committee will discuss the future of CEO Herbert Diess, three people familiar with the matter said on Wednesday, a week after a longstanding conflict with labour representatives flared up again.

The planned meeting of the rarely-summoned mediation committee of VW’s supervisory board comes in response to tensions between management and its works council, after sources said Diess told a recent meeting of the board that 30,000 jobs were at risk as part of the group’s electric vehicles push.

The sources, who spoke on condition of anonymity, could not confirm when the meeting would take place.

Shares in Volkswagen extended losses after the news to trade 3.5% lower.

The escalation of the tussle over Diess’s future underscores the fragile balance of power at the world’s second-largest carmaker, pitting Diess’ ambition to make Volkswagen more competitive with Tesla against Germany’s influential trade unions.

Diess, who took the helm at the carmaker in 2018 as the third CEO since the Dieselgate emissions scandal broke in 2015, has been repeatedly criticised for his demanding management style as he seeks to overhaul the company.

His current contract, extended early during the summer, runs until October 2025.

Diess, 63, has been singling out Tesla’s success as a benchmark for Volkswagen, hailing the efficiency and lean management of entrepreneur Elon Musk’s company, which has drawn the ire of labour representatives who fear this will lead to major job cuts.

Underscoring his admiration for Musk’s achievements, Diess even invited him to addressed 200 VW executives via a video call during a recent company meeting.

Spokespeople for Diess, Volkswagen’s supervisory board and Porsche SE, Volkswagen’s largest shareholder, all declined to comment. 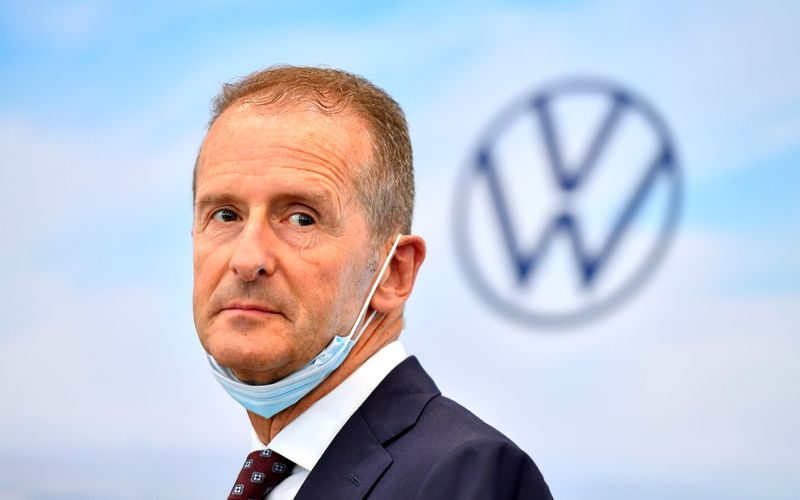