NEW YORK – Ghislaine Maxwell, accused of enabling financier Jeffrey Epstein’s sexual abuses, has endured jail conditions comparable to Hannibal Lecter’s in the 1991 film “The Silence of the Lambs,” her lawyer said in a court filing on Wednesday.

The lawyer, Bobbi Sternheim, offered the assessment as she renewed Maxwell’s request for bail ahead of her Nov. 29 trial.

She called the British socialite’s 16 months at the Metropolitan Detention Center in Brooklyn “reprehensible and utterly inappropriate for (a) woman on the cusp of turning 60 with no criminal record or history of violence.

“The surveillance rivals scenes of Dr. Hannibal Lecter’s incarceration,” Sternheim wrote, “despite the absence of the cage and plastic face guard.”

Lecter is a fictional serial killer who eats his victims. Anthony Hopkins won an Oscar for best actor by portraying him in “The Silence of the Lambs.”

The office of U.S. Attorney Damian Williams in Manhattan, which is prosecuting Maxwell, declined to comment.

Maxwell, 59, has pleaded not guilty to sex trafficking and other charges for helping recruit and groom underage girls for Epstein to abuse between 1994 and 2004.


Epstein killed himself at age 66 in a Manhattan jail in August 2019 while awaiting trial on sex trafficking charges, in what a medical examiner called a suicide.

Sternheim cited several factors behind Maxwell’s renewing her proposed $28.5 million bail package, which also included offers to renounce her non-U.S. citizenships and move most of her and her husband’s assets into a separate account.

These factors, which Maxwell’s lawyers have previously complained about, include alleged abuse by jail guards, unsanitary living conditions, a bad diet, sleep deprivation, and an inability to review documents for trial.

A representative for the federal Bureau of Prisons did not immediately respond to a request for comment.

Prospective jurors will on Thursday begin filling out questionnaires to assess whether they can fairly judge Maxwell, who faces up to 80 years in prison if convicted. Her trial may last about six weeks. 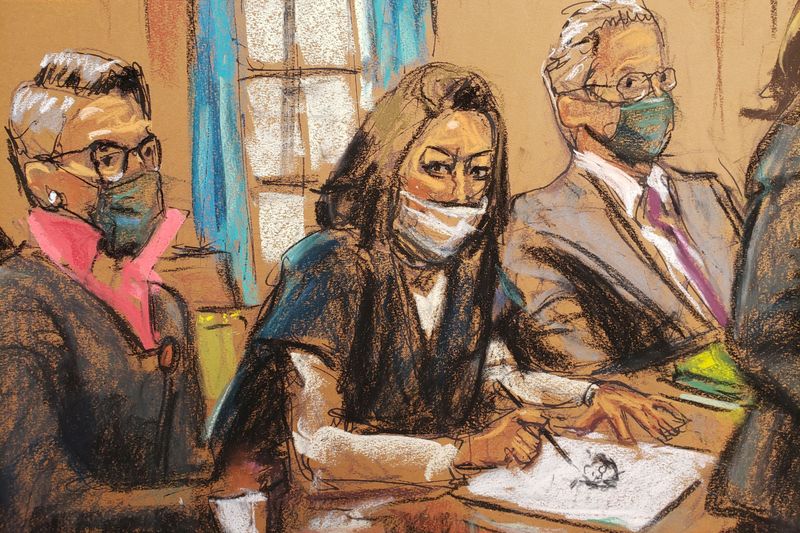