WASHINGTON – The United States is “gravely concerned” about escalating violence in Ethiopia and the expansion of hostilities and has repeated on Wednesday its call to all parties in the conflict to stop military operations and begin ceasefire talks.

Ethiopia declared a state of emergency on Tuesday with forces from the northern region of Tigray threatening to advance on the capital Addis Ababa.

Speaking at a press briefing, State Department spokesperson Ned Price said U.S. Special Envoy for the Horn of Africa Jeffrey Feltman, who is heading to Ethiopia on Thursday, will have a chance to discuss the situation with Ethiopian government.

Feltman was heading to Ethiopia amid an escalation in the conflict in Africa’s second most populous country that has killed thousands of people, forced more than two million from their homes, and left 400,000 people in Tigray facing famine.

“We are gravely concerned by the escalating violence, by the expansion of fighting that we’ve seen in northern Ethiopia and in regions throughout the country,” Price said.

“Continued fighting only prolongs the humanitarian crisis that is afflicting far too many people in Ethiopia today,” Price said, adding that the Washington was talking to other nations, the United Nations and the African Union to address the crisis.

“All parties must stop military operations and begin ceasefire negotiations without precondition,” he said.


Ethiopian Prime Minister Abiy Ahmed in a speech on Wednesday pledged to bury his government’s enemies “with our blood” as he marked the start of the war in the Tigray region one year ago.

U.S. President Joe Biden on Tuesday said he would strip Ethiopia of duty-free access to the United States over alleged human rights abuses in Tigray, which the Ethiopian government has said it will investigate. 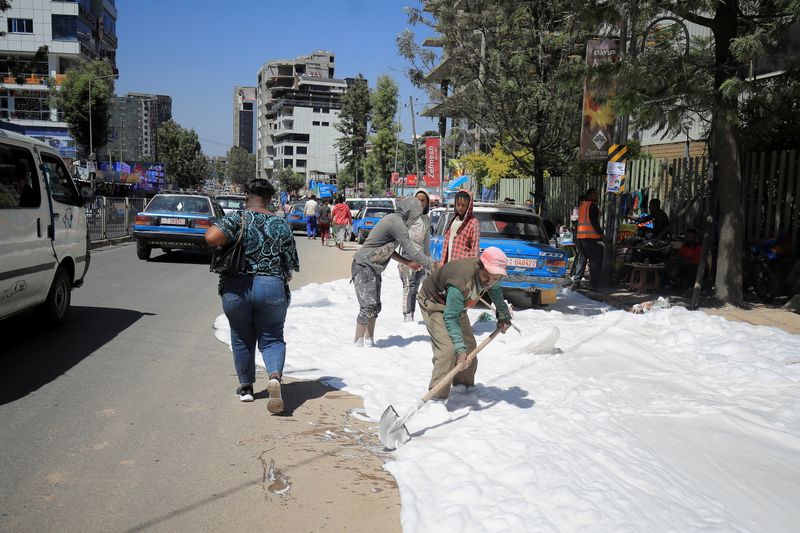