LONDON -Britain’s governing Conservatives were accused of corruption after they voted on Wednesday to halt the suspension of a colleague found to have broken paid lobbying rules, and forced through an overhaul of the process of investigating lawmakers.

It had recommended he should be suspended for 30 days.

But when parliament was asked to endorse the suspension, a group of Conservatives, with Prime Minister Boris Johnson’s support, put forward a proposal to delay it, and instead set up a new committee to review his case and the wider process of investigating lawmakers.

That proposal was passed by 250 votes to 232, despite considerable anger from opposition parties that the government was changing the rules because it did not like the result, a move they said would damage public trust in parliament.

There were shouts of “shame” from opposition lawmakers as the result was read out. There was also disquiet among some on the governing benches; of the 361 Conservative lawmakers in parliament, more than 100 either voted against or abstained.

“Corruption. There is no other word for it,” opposition Labour Party leader Keir Starmer said on Twitter.

His deputy, Angela Rayner, told parliament: “In no other profession in our country could someone be found guilty by an independent process and just have their mates vote them back into the job.”

‘MARKING OUR OWN HOMEWORK’

The government, which media reported had told its lawmakers (MPs) to back the proposal, said it was about improving the process.

“Paid advocacy in this House (of Commons) is wrong,” Johnson, who himself voted for the move, told parliament.

“The issue in this case… is whether a member of this House had a fair opportunity to make representations in this case and whether as a matter of natural justice our procedures in this House allow for proper appeal.”

Paterson, who says the stress of the investigation played a major role in his wife’s suicide last year, disputes the committee’s findings and said witnesses who came forward to support him were not spoken to.

“The process I was subjected to did not comply with natural justice,” he said in a statement. “After two years of hell, I now have the opportunity to clear my name.

“I hope that no other MP will ever again be subject to this shockingly inadequate process.”

The current Committee on Standards is made up of seven lawmakers from several parties including four Conservatives, as well as seven lay members.

The new committee will have a majority of Conservatives and be led by a former Conservative minister, but opposition parties indicated they would boycott it.

“If the public believe that we are marking our own homework, our reputation individually and collectively will be tarnished,” he said. 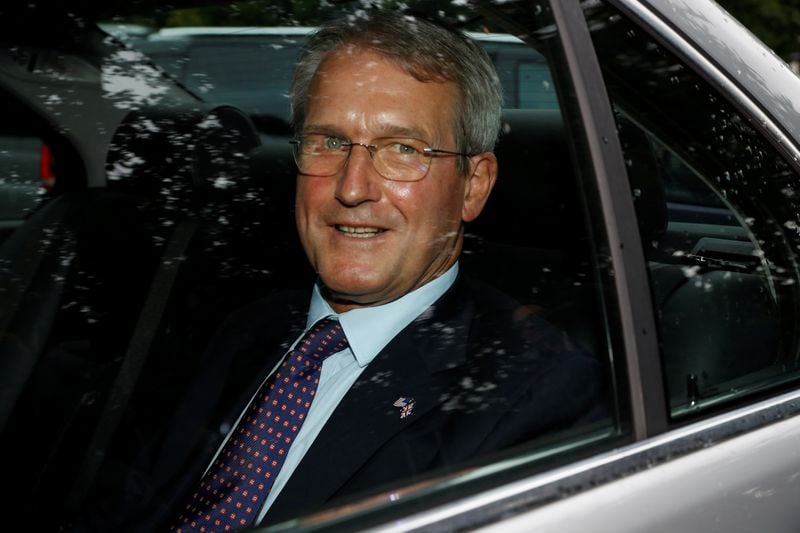