LONDON – Expectations that Russia will remove taxes on aluminium exports and boost global supplies have triggered an inventory sell-off that has slashed prices of the metal on the physical market in Europe and the United States.

Russia’s 15% export tax on primary aluminium exports, or a minimum of $254 a tonne, between August and December is not expected to be renewed after it decided to scrap the duty on aluminium-based alloys.

“Premiums are incredibly high. If you are holding stock, this is a profit-taking opportunity,” said Citi analyst Oliver Nugent. “The European premium is most exposed.”

Consumers buying aluminium on the physical market pay the benchmark price (CMAL3) on the London Metal Exchange (LME) plus a premium, which covers transport and handling costs and duties.


LME aluminium at around $2,700 a tonne has fallen 15% over the past two weeks, while duty paid premiums in Europe at $302 a tonne have dropped 20% since a record high above $380 a tonne in September.

Meanwhile, the duty paid U.S. premium at $606 a tonne has fallen 20% since the all-time high seen mid-October.

The United States has a 10% tax on aluminium exports from some parts of the world and the lower aluminium price means the duty component has fallen $50 a tonne.

“Expect aluminium to fall initially toward $2,200 a tonne in 2022 and remove another 3.0 cents a lb ($66 a tonne) from the U.S. premium,” said Harbor Aluminum founder Jorge Vazquez.

The shipping crisis which has delayed metal deliveries to the United States is starting to ease.

“Several breakbulk vessels carrying (aluminium) to North America from the Middle East, Far East and Europe are about to or have already arrived,” Vazquez said. 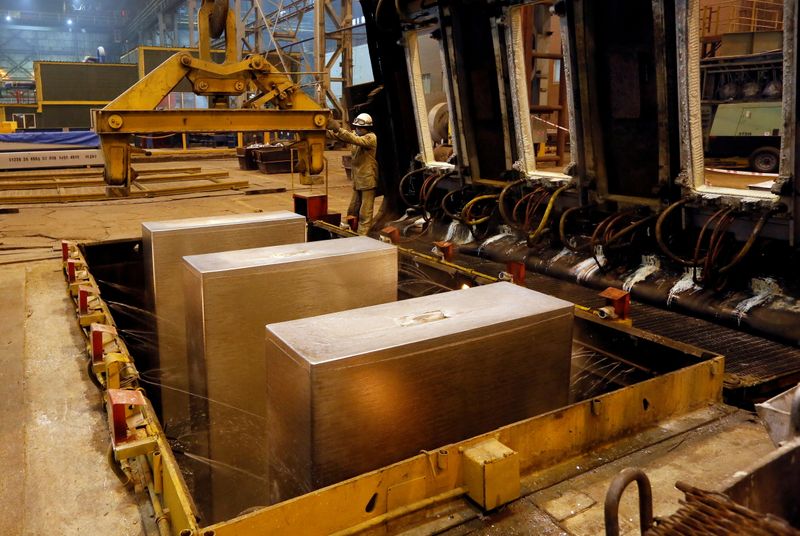