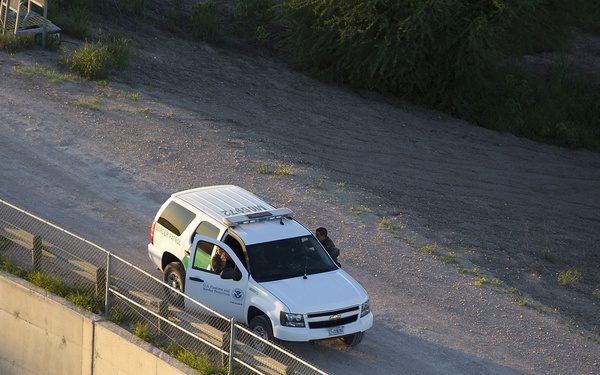 On Nov. 1, McAllen Border Patrol Station (MCS) agents patrolling Havana encountered foot sign of a small group of individuals leading away from the Rio Grande. Agents followed the sign to a residence, where they encountered a female and 14 citizens of Mexico, including three unaccompanied children. Shortly after, agents apprehended two more migrants from Mexico that were part of the group. No caretaker was identified.

Also on Nov. 1, RGV agents received information regarding a suspected human smuggling stash house located in Donna. Agents responded to the location and encountered 13 migrants. Agents identified them to be citizens of Central America and Mexico. No caretaker was identified.

In addition, MCS agents responded to a request for assistance from La Joya Police Department officers with suspected migrants at a vehicle stop in La Joya. Agents responded and determined the five passengers were migrants from Guatemala and Honduras. La Joya police officers retained custody of the driver to face state human smuggling charges and seized the vehicle. Agents took custody of the migrants.


Overnight, Texas Department of Public Safety troopers requested Border Patrol assistance with two vehicle stops near Linn, where the occupants fled from the vehicle. Troopers and agents encountered three migrants at each of the events, but the drivers were not located.


The public is encouraged to take a stand against crime in their communities and report suspicious activity at 800-863-9382.

Please visit www.cbp.gov to view additional news releases and other information pertaining to Customs and Border Protection.  Follow us on Twitter @CBPRGV and @USBPChiefRGV.

U.S. Customs and Border Protection is the unified border agency within the Department of Homeland Security charged with the management, control and protection of our nation’s borders at and between official ports of entry. CBP is charged with securing the borders of the United States while enforcing hundreds of laws and facilitating lawful trade and travel.