By Scott DiSavino and Nichola Groom

-California on Thursday said it would increase the amount of natural gas stored at a Los Angeles-area facility that suffered a devastating leak six years ago, its latest loosening of environmental rules to shore up energy supplies.

In a 4-0 vote, the California Public Utilities Commission (CPUC) approved a plan to boost the capacity of SoCalGas’ Aliso Canyon underground storage facility to 41 billion cubic feet (bcf) of gas, it said in a statement.

That is about 20% more than allowed previously, but less than the 68.6 bcf the CPUC considered in a rival proposal.

After years of restricting the growth of fossil fuel infrastructure, California has increasingly looked to natural gas for power generation this year after drought and wildfires left it with few other options to keep the lights on.

The state has a goal of producing all of its electricity from clean sources by 2045. But U.S. states like California and Texas have faced notable challenges to their electrical grids in recent months, and worldwide power crunches have forced other countries to ramp up output of coal and other fossil fuels to maintain power.

The decision to increase the amount of gas held at Aliso Canyon was necessary to maintain reliability, the CPUC said.


But it comes as many in the state have pressed to close the facility outright. The state’s biggest underground storage field experienced a massive months-long leak in 2015 and 2016.

Methane fumes from the leak forced thousands of residents in the Los Angeles neighborhood of Porter Ranch to relocate for months, and many said they suffered health problems stemming from the disaster.

“We continue to move forward on planning how to reduce or eliminate the use of Aliso Canyon, and to ultimately reduce our reliance entirely on such natural gas infrastructure as we transition to a clean energy economy,” CPUC Commissioner Martha Guzman Aceves said in a statement.

“With projections for higher than normal natural gas prices nationwide and repair work on an interstate pipeline limiting natural gas supplies to our region, SoCalGas storage facilities, including Aliso Canyon, will play a key and essential role in delivering reliable energy and keeping energy prices stable for Southern Californians this winter,” the company said in an emailed statement.

Gas supplies have been tight in Southern California for years due to pipeline limitations and reduced availability of Aliso Canyon, resulting in curtailments to power generators and higher prices for consumers.


Hydropower’s contribution to electricity is set to fall to just 5% in 2021, from a five-year average of 12%, while renewables like wind and solar are expected to rise to 37%, government data shows.

Gas-fired power plants, meanwhile, will provide about 45% of the power generated in the state this year, up from the five-year (2016-2020) average of 41%, according to the U.S. Energy Information Administration (EIA).

State agencies have responded through various steps, including spending $196 million to install four 30-MW gas turbines at two sites in Northern California, keeping a Redondo Beach gas-fired plant open through 2023, and asking the federal government to allow some gas-fired plants to operate without pollution restrictions for 60 days. 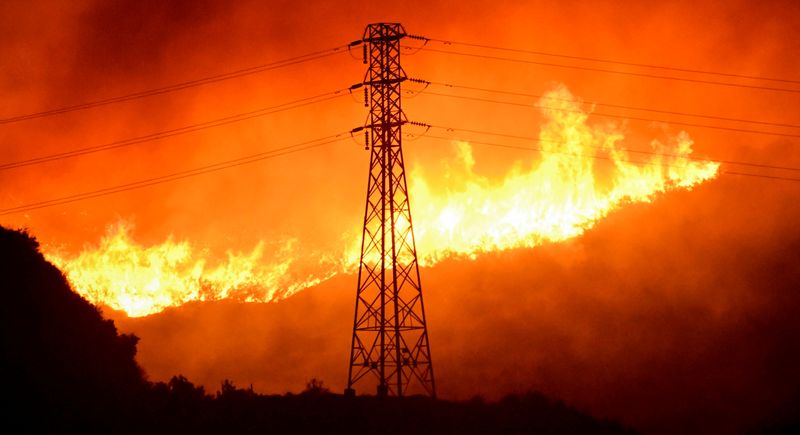