Casino, which has been boosting its profitability through purchasing deals and cost cuts, reiterated a target of core profit (EBITDA) growth for its French retail business in 2021 and unveiled a new partnership with German quick commerce group Gorillas.

Casino has already been expanding online through a deal to use British online retailer Ocado’s fulfillment platform, while its Monoprix supermarket arm has a deal with Amazon.

Commenting on the new partnership, which will also see Casino buying a “symbolic” stake in Gorillas, finance chief David Lubek said: “We will benefit from their growth because we will sell them our products. We have partnerships with Ocado, Amazon. We have Gorillas for quick commerce. We are now well covered on e-commerce,”

Under the deal, Casino will give Gorillas access to its national brands products, but also to Monoprix’s private label products, which will be available through Gorillas’ app and delivered within minutes to customers in Paris, Lille, Bordeaux, Lyon and Nice, the group said.

Gorillas will also undertake packing and fast delivery of orders purchased on Monoprix and Franprix online platforms from its French micro-fulfilment stores.

Casino, which has been selling assets to reduce its debt burden, confirmed it was pressing ahead with a disposal plan aimed at raising 4.5 billion euros ($5.2 billion), with 3.1 billion of deals signed or secured to date.


On a same-store basis and excluding fuel and calendar effects, group sales rose 1%. That compares to a 4.1% decline in the second quarter when its city stores in France suffered from a lack of tourists and coronavirus curfew measures. 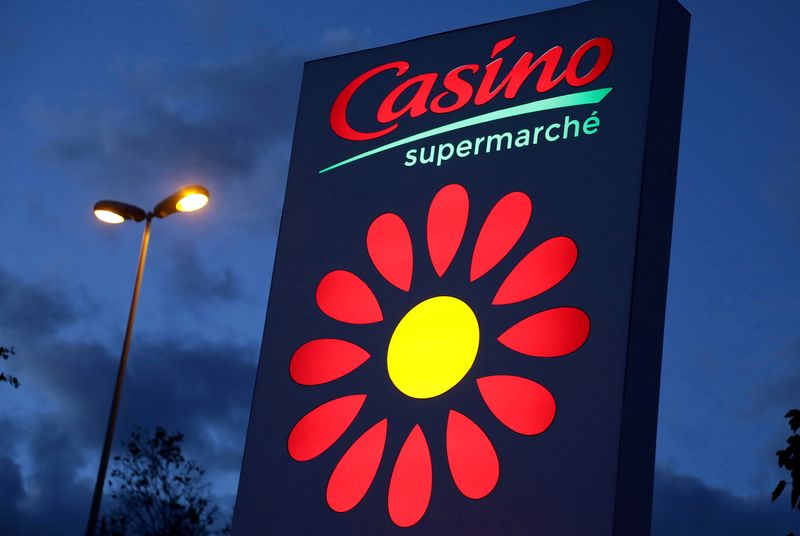