-Former Yorkshire player Azeem Rafiq said on Thursday that the issue of institutional racism lay at the heart of his problems with the English county club, not “the words of certain individuals.”

Several sponsors have ended their partnerships with Yorkshire following an independent report into allegations of racism made by Rafiq.

Yorkshire said last month that they would not take action against employees, players or executives following the report, which found Rafiq had been a victim of racial harassment and bullying in his first spell at the county from 2008-14.

Rafiq and senior Yorkshire executives have been called to give evidence before a parliamentary Digital, Culture, Media and Sport (DCMS) panel on Nov. 16.

“I’m not intending to say very much until the select committee hearing later this month. However, I wanted to stress this is not really about the words of certain individuals,” Rafiq said on Twitter.

“This is about institutional racism and abject failures to act by numerous leaders at Yorkshire County Cricket Club and in the wider game. The sport I love and my club desperately need reform and cultural change.”

Rafiq, a player of Pakistani descent and a former captain of the England Under-19s, said last year he was made to feel like an outsider at Yorkshire and contemplated taking his own life.


Ballance, who played 23 tests for England, had described Rafiq as his “best mate in cricket” in a statement on Wednesday and said that on the pitch they “supported each other greatly”.

“It has been reported that I used a racial slur and, as I told the independent enquiry, I accept that I did so and I regret doing so,” Ballance added.

“To be clear – I deeply regret some of the language I used in my younger years.” 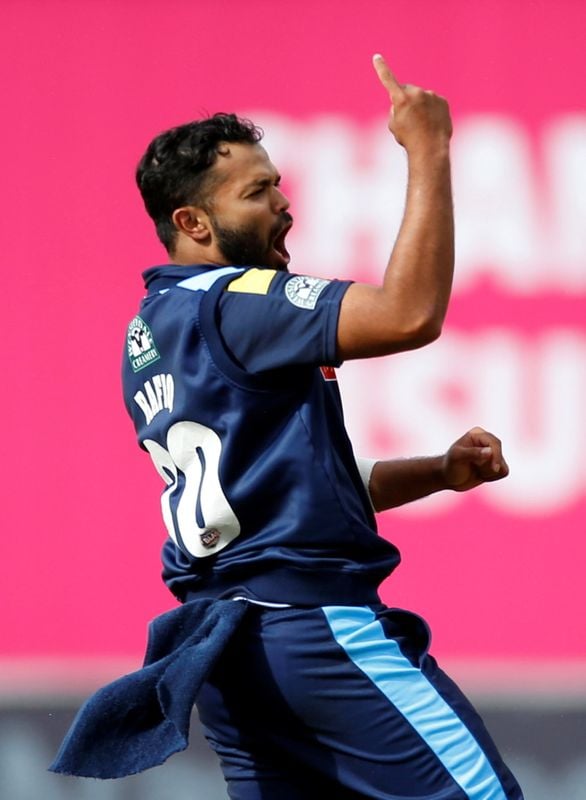