Data compiler IHS Markit said its Purchasing Managers’ Index (PMI) for the country’s dominant services sector rose to 56.6 points in October from 56.2 in September, in line with an initial “flash” forecast of 56.6.

But a composite PMI index, which includes the services and manufacturing sectors, fell to 54.7 points in October from 55.3 in September as supply-chain issues caused partly by strict COVID-19 controls which have affected ports hit manufacturing.

That PMI was also in line with an initial estimate of 54.7.


The PMIs remained above the 50-point threshold dividing an expansion in activity from a contraction. But IHS Markit senior economist Joe Hayes warned that the economic recovery was becoming highly disjointed due to supply issues.

“Services output is still rising at a relatively sharp rate by historical standards as activity levels within the economy return to pre-pandemic levels,” Hayes said. “Demand conditions are still robust, and firms are adding more staff to the payroll.”

“However, we cannot ignore what’s happening over in the manufacturing sector,” he added. 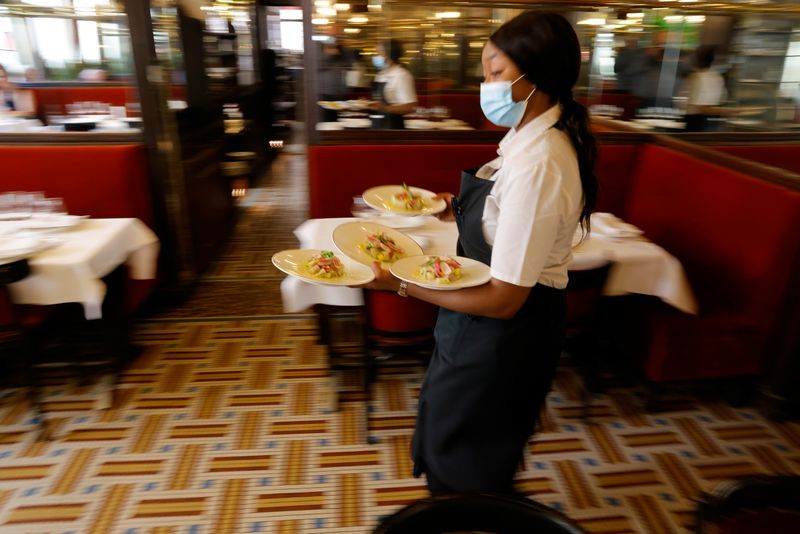