DRUSKININKAI, Lithuania – Lithuania has built the first stretches of a steel wall on its border with Belarus since migrants from the Middle East and other areas began entering from Belarus this year.

The European Union accuses Belarus of deliberately encouraging the migrants to enter EU states Poland, Lithuania and Latvia via Belarusian territory as a way of putting pressure on the bloc.

Belarus has repeatedly denied this but its president, Alexander Lukashenko, has said his country would no longer stop the migrants since EU sanctions drain resources.

All three EU countries have put stretches of razor wire on the border to stop the migrants. Last week Lithuania began putting up the first stretches of the 3.4-metre (11-foot) high steel fence, topped with 0.6 metres (2 feet) of razor wire.

“It’s probably impossible to build a totally unpassable obstacle, so I think that this barrier can too be overcome. But that would take a long time, and we would be able to react”, said Virgilijus Raugale, the chief boarder guard in southern Lithuania.

Lithuania has allocated 152 million euros to build 500 kilometres (300 miles) of the wall by September next year. The wall is supplemented by a 3-metre high heap of coiled razor wire next to it and video surveillance equipment.

More than 4,000 migrants entered Lithuania from Belarus this year before August, when the country resorted to sending almost all entering migrants back to Belarus. Over 5,600 migrants were prevented from entering since then, the border guard service said, including 2,300 who tried to enter in October.

Meanwhile the Polish Defence Ministry said on Thursday, that Belarusian soldiers threatened to open fire on Polish troops just across the border, in what it said was an attempt to escalate a crisis over migrants at their common frontier. 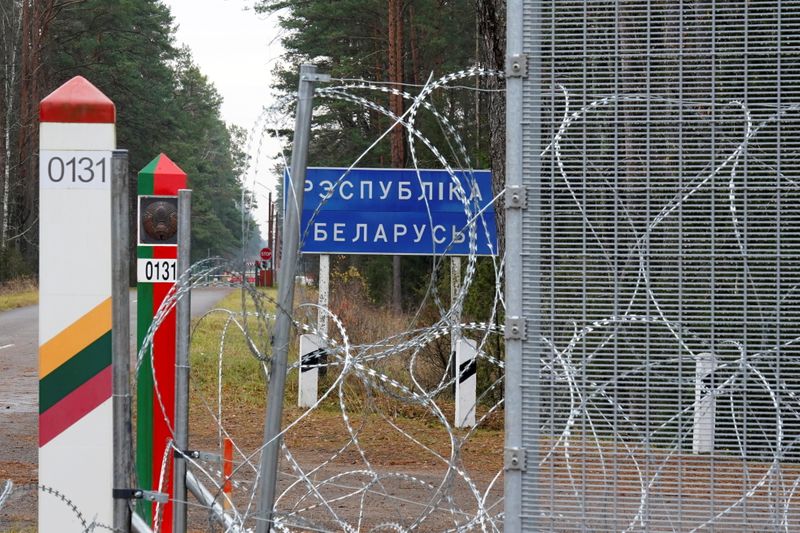 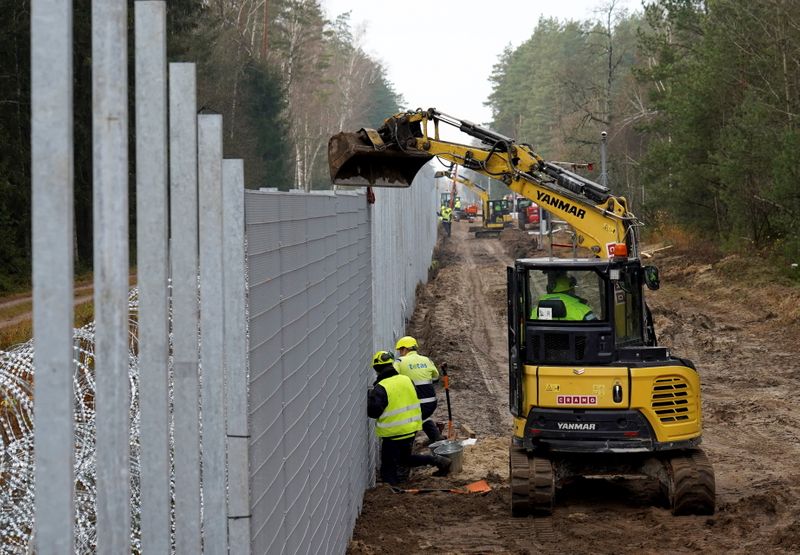 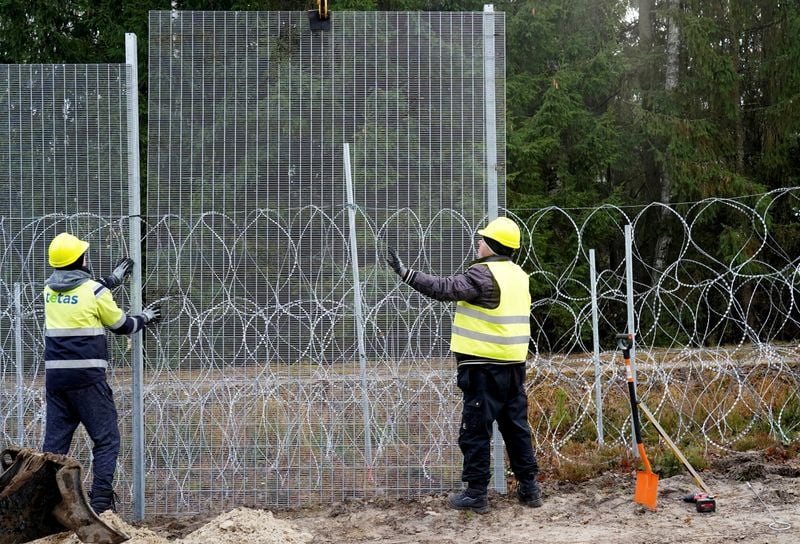 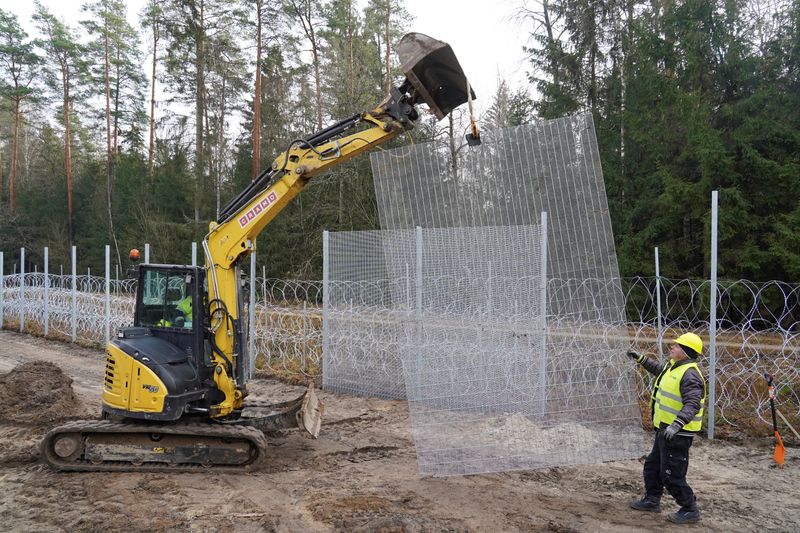 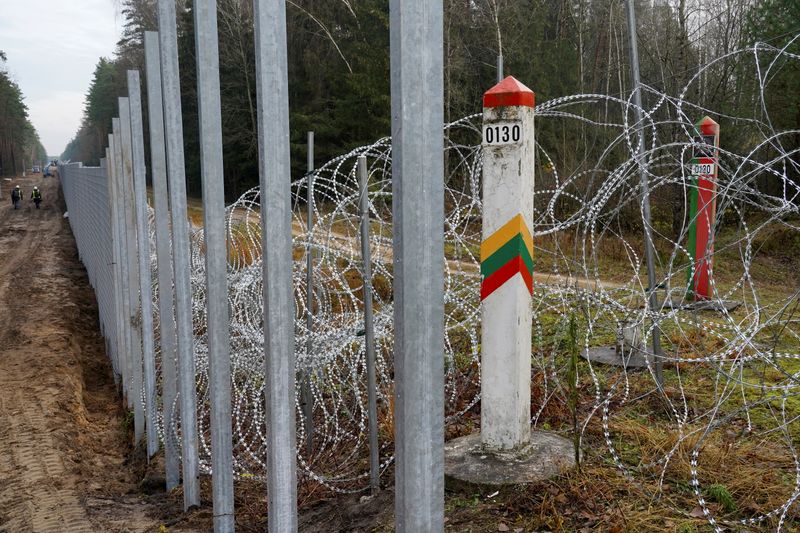