MILAN – The Italian government should hasten plans to help Monte dei Paschi raise cash on the market, the CEO of the Tuscan bank said, after the government failed to clinch a sale to bigger rival UniCredit.

Italy’s Treasury has said it will support a new share issue at Monte dei Paschi (MPS), of which it owns 64%, but wants other investors to join in to avoid breaking European Union state aid rules.

To make the proposition attractive after UniCredit walked away from a potential acquisition, Rome first wants to rid MPS of all its problem loans and any non-ordinary legal risks, sources have said.

MPS said on Thursday it no longer expected to face a capital shortfall next year, pushing it back to 2023, but it still needed more capital to operate properly.

“Already in 2021 we have seen the impact of not having implemented a capital increase … (we face) capital constraints,” Chief Executive Guido Bastianini told analysts.

“From the bank’s perspective if it has to do it, best to do it sooner rather than later,” he added.

Pending the sale to UniCredit, MPS has put on hold a new business plan Bastianini had readied after MPS fell behind on restructuring commitments taken with the EU Commission.

The Treasury is now discussing with the EU an update of that plan, which envisaged a 2.0-2.5 capital increase, to gain approval for the cash call, which sources says is likely to be bigger.


MPS has delayed staff exits and Bastianini said it had cost the bank “a lot of money” the fact that it had not renegotiated the staff’s contract with unions.

Italian banks lay off staff only through costly early retirement plans and MPS needs more capital to be able to do that.

The bank swung to a profit of 186.0 million euros in the July-September period, from a loss of 450.6 million euros a year earlier thanks to a 131.5 million euro write up on two loans that returned to be performing.

Funds borrowed at negative rates from the European Central Bank drove income from the lending business up 2.5% quarter on quarter, while net fees fell 6.3% due to slow commercial banking and asset management activity in the summer months. 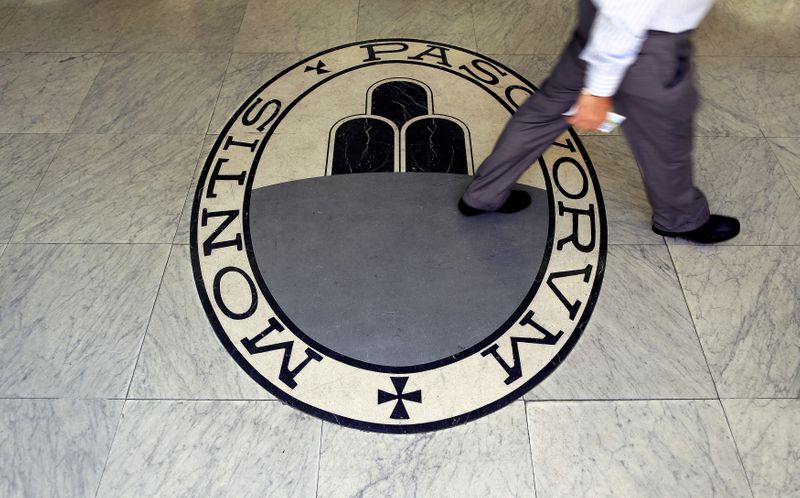