MANILA – Philippine annual inflation slowed to a three-month low in October, giving the central bank room to keep its policy accommodative for some time to support economic recovery.

October inflation came in near the bottom end of the central bank’s 4.5%-5.3% forecast, and below the 4.9% median estimate in a Reuters poll.

Core inflation, which excludes volatile food and fuel prices, picked up to 3.4% from 3.3% in September.

Inflation averaged 4.5% in January-October, above the year’s 2%-4% target range of the Bangko Sentral ng Pilipinas (BSP).

While inflation is likely to remain elevated and driven by supply-side pressures for the remaining months of 2021, the BSP expects the headline number to return to the same target band in 2022 and 2023.

BSP Governor Benjamin Diokno, in a statement, reiterated the central bank would keep policy accommodative for as long as necessary to guide the economy to recovery.

The BSP has kept its benchmark rate steady at a record low 2.0% since November.


“We are still, for core inflation, within the 2%-4% and that gives the central bank the space to still keep the accommodative policy,” BDO Unibank chief market strategist Jonathan Ravelas told news channel ANC.

The BSP, meanwhile, said the schedule of its policy announcement will move to 3 p.m. (0700 GMT) from 4 p.m. to align practices with other central banks, which typically announce decisions during trading hours.

Separately, the statistics agency said the country recorded a trade deficit of nearly $4 billion in September, the biggest since January 2019, as imports rose faster than exports. 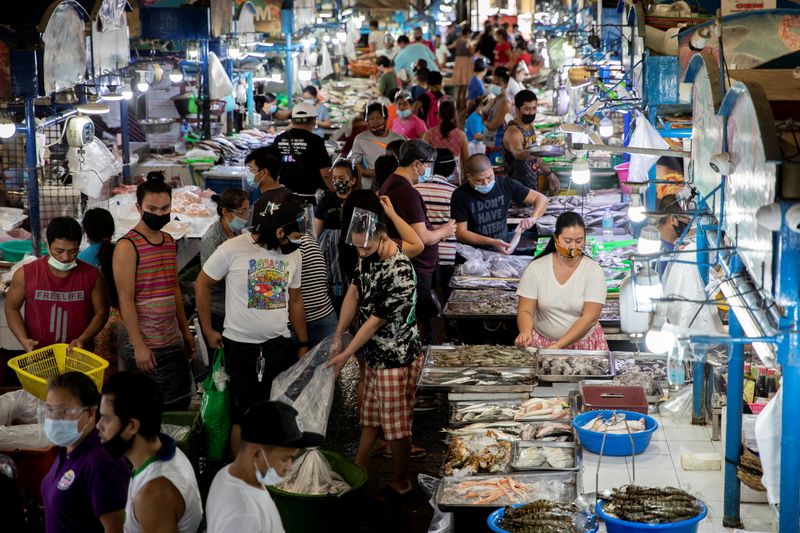