– An all-female refereeing crew took charge of a men’s soccer match in Jordan’s Pro League for the first time on Tuesday as part of the country’s efforts to promote the game among women.

Referee Esra’a Al-Mobideen and assistant referees Islam Al-Abadi, Sabreen Al-Abadi and Haneen Murad handled Sahab’s 4-1 win over Al-Baqa’a in the final round of the competition.

“At the beginning, the players were smiling in the tunnel when we first walked in because a girl was officiating and they were surprised by the idea,” Al-Mobideen said.

“But as soon as the game started, there were no jokes and everyone became serious.”

The Jordan Football Association wants more women to be involved in the sport and Al-Mobideen said she was keen to make a difference.

“To have an influence on society is an ambition of mine,” she added.

“It is important to have a positive impact on the society that I live in. Taking part in the professional league will give a good image of female refereeing.

“I can send a message that women can work in any field.” 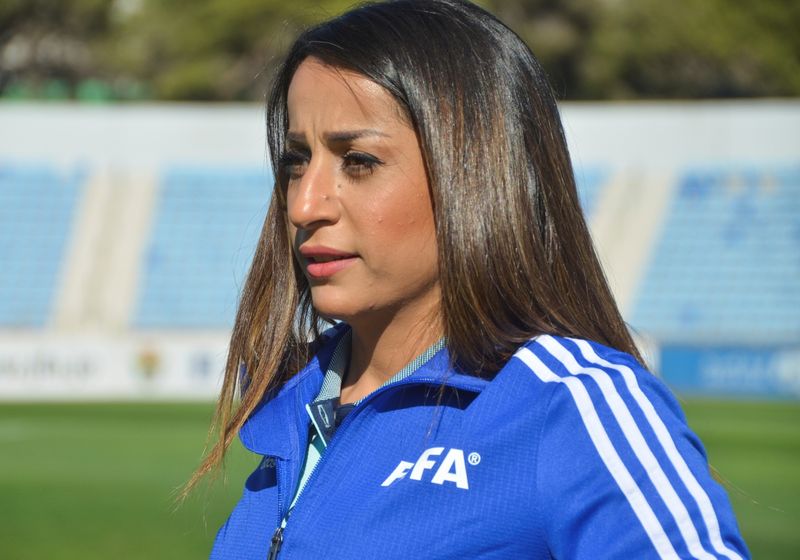 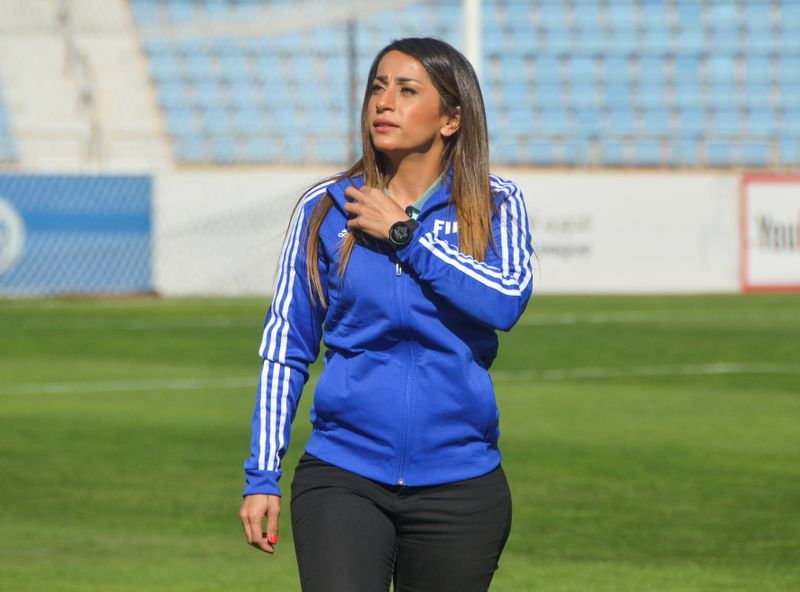