– More than 500 civil rights groups have called for a United Nations Security Council meeting to stop escalating violence in Myanmar’s Chin state, a volatile border region that has become a forefront of resistance against military rule.

Local media, witnesses and the U.N. have reported a buildup of heavy weapons and troops in Chin, suggesting an imminent army attack to flush out militia groups formed after a Feb. 1 coup.

Human Rights Watch released a statement on behalf of 521 international and domestic organisations that called on the Security Council to adopt a resolution and act before the offensive expands in Chin, which borders India.

“It must convene an urgent meeting on the escalating attacks in Chin State and the overall deepening political, human rights and humanitarian crisis as a result of the Myanmar military leaders’ search for power and greed that has caused immense suffering,” it said.

Myanmar has been paralysed by protests and violence since the coup, with the junta struggling to govern and facing armed resistance from militias and ethnic minority rebels allied with a shadow government that it calls “terrorists”.

Witnesses, aid groups and local media said houses and churches have been burnt in Thantlang town. Save the Children, one of the signatories, said its office was destroyed.

The junta has made no comment on the situation in Chin. Reuters has been unable to independently verify reports of an offensive in the region, where internet and other communications have been disrupted.

Salai, 28, who fled Thantlang earlier, said there was no information coming from the town.

“We haven’t got any update from Thantlang yet. The internet was shut down yesterday morning. There is no connection until now.”

The U.N. humanitarian agency in a situation report on Wednesday said clashes between security forces and people’s defence forces had intensified in Chin as well as in neighbouring Magway and Sagaing regions. 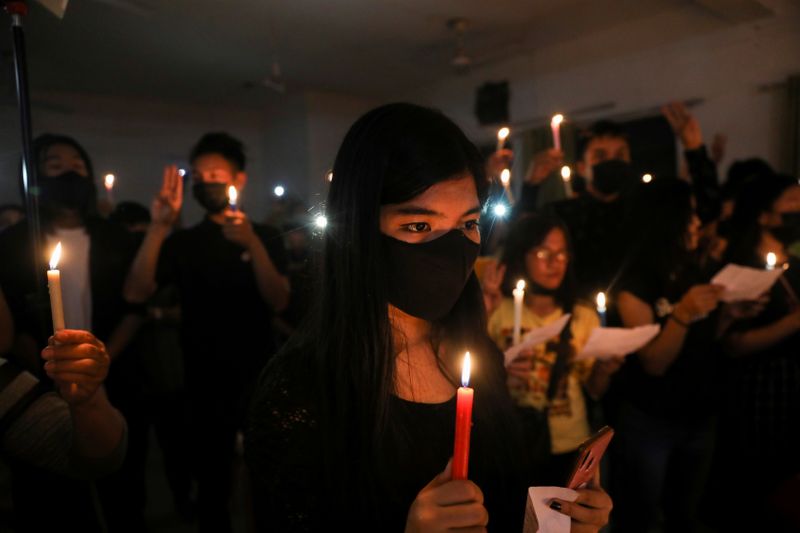